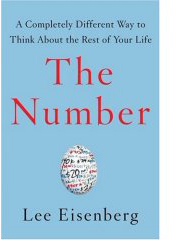 Like many in my generation, I feel as though I can’t escape the topic of retirement. I am confronted with articles about it in everything I pick up—and I pick up a wide range of publications. I think about it every time I sign checks going to the various retirement plans of those at Marketing Directions who have opted to participate. My father stresses that we must plan for it, my husband and I worry that we haven’t saved enough for it (did I mention that we need to pay for two college educations before we can get to it?).

I can’t stop thinking about retirement and yet I no longer feel certain about how to prepare. The thing is that for as bright as we all are, most of us have not all studied economics and finance. Not only that, but in the past five years we have watched major corporations fall to corruption, we have seen funds mismanaged and we have watched some of our investments evaporate. Many of us have lost faith in long-held and now discredited “truths,” or perhaps false dreams, of when we would retire and what that retirement would look like. We are unsure who or what to believe. Still, I keep thinking about it….

A new book, The Number: A Completely Different Way to Think About the Rest of Your Life, by Lee Eisenberg, has already gotten rave reviews from people like Tom Peters, and it won’t be available to purchase until January 3, 2006. But after an other discussion with my husband, Steve, about our 10-year vision plan (it includes a house in Arizona with glass and stone walls, a high mountain view and a library lined with books), I decided to pre-order mine from Amazon.com. Here are two paragraphs of the review that hooked me:

From Wall Street to Main Street USA, The Number means different things to different people. It is constantly fluctuating in people’s minds and bank accounts. To some, the Number symbolizes freedom, validation of career success, the ticket to luxurious indulgences and spiritual exploration; to others, it represents the bewildering and nonsensical nightmare of an impoverished existence creeping up on them in their old age, a seemingly hopeless inevitability that they would rather simply ignore than confront. People are highly private and closed-mouthed when it comes to discussing their Numbers, or lack thereof, for fear they might either reveal too much or display ineptitude.

In The Number, Eisenberg describes this secret anxiety as the “Last Taboo,” a conundrum snared in confusing financial lingo. He sorts through the fancy jargon and translates the Number into commonsense advice that resonates just as easily with the aging gods and goddesses of corporate boardrooms as it does with ordinary people who are beginning to realize that retirement is now just a couple of decades away. Believing that the Number is as much about self-worth as it is net worth, Eisenberg strives to help readers better understand and more efficiently manage all aspects of their life, money, and pursuit of happiness.

When The Number comes out, I’ll be one of the first in line to read it. I hope it will help me not only to think about the retirement that I want, but also to demystify the way I will get there. After all, my expertise is color and trend, not numbers.