You are here: Home / Design Thinking / The 40 Year Light 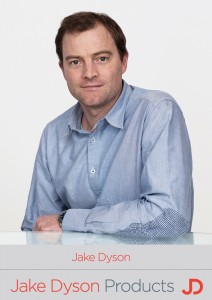 Most likely you have heard of Sir James Dyson, inventor of the groundbreaking Dual Cyclone bagless vacuum cleaner and founder of Dyson, maker of vacuums and many other innovative products like fans, heaters and hand dryers.

But you may not know that his son, Jake Dyson, has been a lighting designer since 2006 with his own firm and that he’s an inventor and disruptor too.

In that spirit of innovation, Jake Dyson Products has created Ariel, an elegant and graceful suspended light that will last for 40 years and is available in both downlight and uplight versions.

What makes most LED products less than optimal as a lighting source, according to Dyson in this article by the U.K.’s The Guardian, is that in some cases, “…you can buy an LED product and six months later it’s 30% less bright — but you won’t realize that because you’re living with it”.

In comparison, the Ariel will maintain its brightness for 180,000 hours, which is equivalent to about 40 years.

With the introduction of this new lighting, they’re demonstrating how they have solved one of the basic problems manufacturer’s have in extending the brightness and longevity of LED lighting: heat. They have evolved basic heat pipe technology (effectively dissipating heat off of LEDs extends their life) and doing so means the LEDs in Ariel are cooled to a level “unheard of in a light of this power” according to their brochure. Their claim? That the life-span of Ariel will surpass any existing LED suspension light and meet that claim of a light that lasts for 40 years.

The design and engineering in Ariel leverages the knowledge they’ve gained over many years creating other innovative lighting. Take some time at the Jake Dyson Products website and see those other products. We are particularly enamored with ones where they’ve incorporated optics that can put light in motion and target its illumination. Others are elegant, yet modern, task lighting whose illumination can thus be highly targeted and is beautiful to behold.

We predict we’ll be hearing a lot about Jake Dyson Products in 2015 and beyond.