You are here: Home / Domestic Shows / A Tour With Alexander Julian 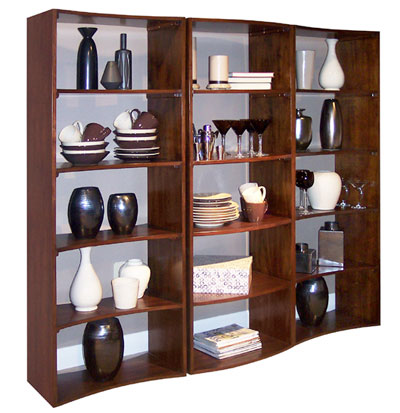 Since my early days in the New York Domestics market (when I was responsible for hardlines trend merchandising for Target) I have admired the talent and color sensibility of Alexander Julian, especially how he was able to translate elements that worked in his apparel collections to saleable home décor. I had been introduced to him in a showroom a few years ago, but today was the first time I had a chance to walk through his furniture line with him. This was at the Manchester showroom in High Point, North Carolina, on my first day in the furniture market.

This man is charming and his enthusiasm for The Collections by Alexander Julian is real. That makes it easy to listen to him. Alex showed off his Autumn in New York line, a glamour-themed group that mixes curves and straight lines, and pattern and plain in a way that is both graceful and compelling. My favorite item: an ottoman that looks like a tall wooden hatbox with short, modified saber legs. It has a single button on its domed fabric top. 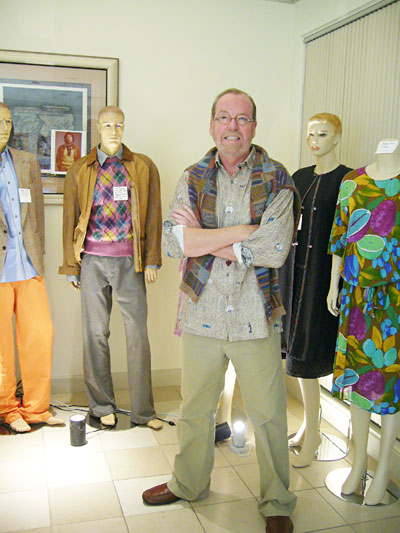 He introduced two new finishes, Walnut and Merlot, in the M contemporary group that is targeted to young adults. Highlights include the Wave Wall, a three piece open shelf group with curves on both sides that can also be used as a room divider, collection display or bookcase. Even though I am not the target market for the line, I love the design of the Wave Wall.

At the end of the tour we talked about the democratization of design. Alex was at the forefront of this movement 20 years ago and still makes his mark in multiple channels of distribution. He believes that, although design is not yet valued as highly as it should be, our society is far more design oriented than in the past—and that’s a good thing. Does he worry about confusing the consumer by creating collections at more than one price point? Not at all. “If your product offers an honest value for the dollar, “ Julian says, “consumers get it.”

Here is a picture of Alexander Julian in the lobby of the Manchester showroom. He is standing in front of mannequins dressed in clothing from his past collections, covering many years. When I looked at these pieces I found myself admiring his talent and his color sensibility all over again. But I also admired something else. This man has grown and evolved in a way that has kept him a relevant force in the industry, and that’s not something every designer has been able to accomplish.