You are here: Home / Domestic Shows / Colors of the Rainbow

In 2003, The Trend Curve first forecasted a return to color on wood that would go beyond basic Black and White. We wrote, “The acceptable palette for painted wood will be much broader by the time 2006 begins.” This week, the High Point International Furniture Market has confirmed the validity of our forecast. 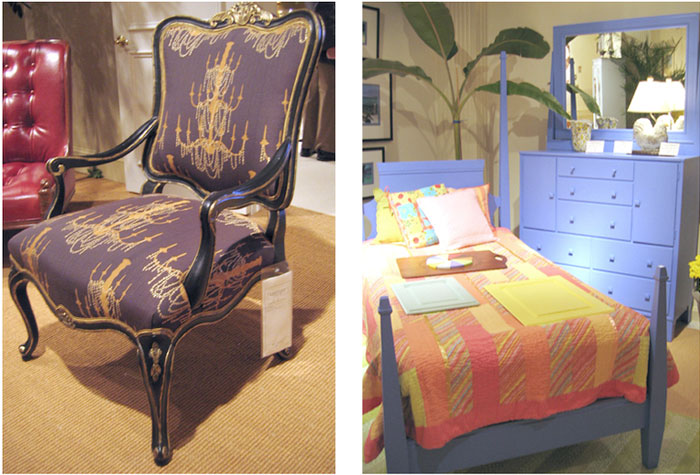 Black and White are now mainstream options. Stanley made the most of these basics on wood in casual applications that looked youthful and right. Century Furniture dressed Black paint up as part of a glamour statement in the Chandelier Chair (the fabric sparkles with Lurex® thread woven throughout the chandelier). Vanguard got an enthusiastic response when they warmed White up and used it in the same setting as a complex Blue paint in new products introduced this week. 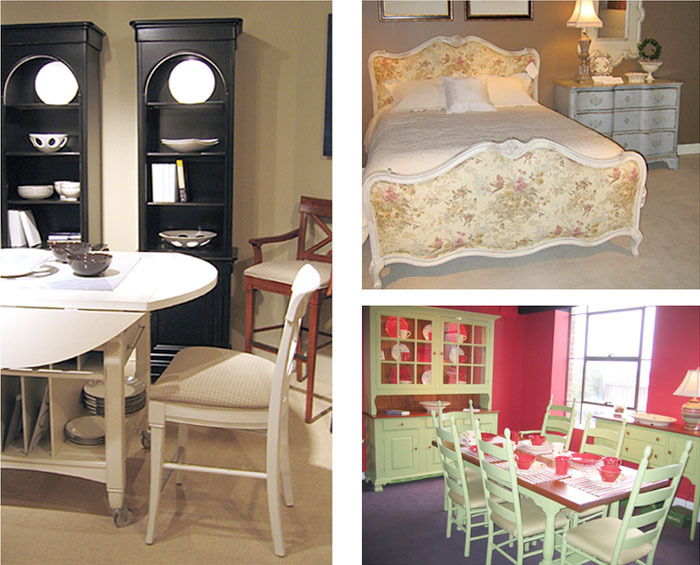 Meanwhile Gat Caperton went to the extreme with a palette of 6 bright colors, including Spring Green and Red, that gave dining pieces new energy. At Nichols & Stone, Periwinkle was one of a range of colors that appeared on dining and bedroom products that included both brights and more subdued shades.

Caperton and Nichols & Stone created vignettes of painted wood that were meant to grab the eye and make a point, which they did. In real room settings, watch for color to be used more sparingly but certainly more often and in more variety as this trend builds through 2007.