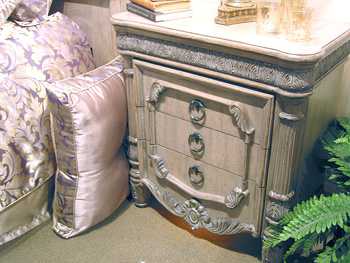 Confirming a trend that emerged in 2005, Gray and Greige looked trend-forward at the Las Vegas furniture market in January. The fact that these neutrals appeared in both contemporary and traditional styles spoke to the broad reach they will have for the future. 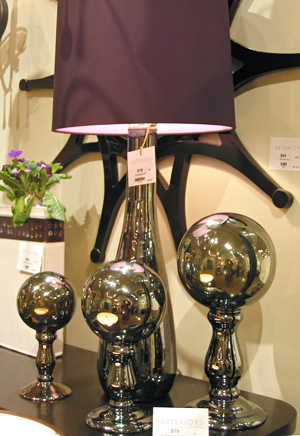 Pangea showed a room setting done all in Gray. It featured Gray upholstered sofas and chairs and Gray stained wood tables, some of which featured Gray colored glass. Alternately, The Platinum Collection debuted a traditionally styled bedroom group in a finish called Tahitian Pearl (see image at left). While Pangea’s Gray went cool, The Platinum Collection’s version was much warmer. Both looked great.

So did the Mercury glass, a best-seller at Arteriors Home that came in a variety of metal tones, including Gold and Gunmetal. (Expect colors and especially special effects like metal tones to increase for glass in the coming year).