Anyone who knows me well will confirm that—from my earliest awareness of style and design as a teen—modern furnishings have had a hold on me. As an adult, my career in trend forecasting meant that I needed to understand a myriad of style categories, approaching them with a neutral point of view that would allow me to objectively forecast their trend potential. Still, I have always harbored a secret preference for modern design that comes spilling out from time to time. One of those moments took place several years ago when I first met Vladimir Kagan.

Kagan is one of the pioneers of modern design. He opened his first shop in 1950’s New York, but was already designing fabulous, sculptural pieces before then. And he has never stopped. At April’s High Point International Furniture Market, Vladimir Kagan’s designs for American Leather proved yet again that his talent is timeless. 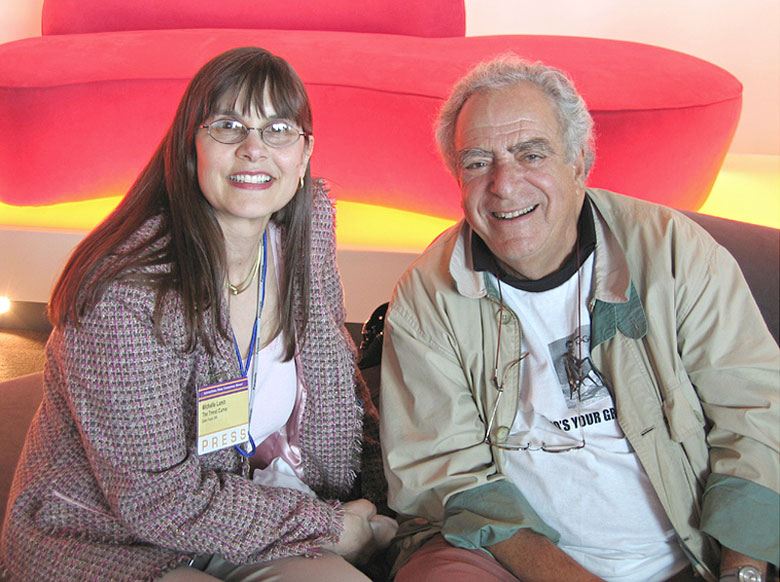 I stopped by American Leather’s showroom to say hello to this iconic designer and pick up a T-shirt printed with a picture of a very young Kagan, under which is written, “Who’s Your Grandaddy?” (he is wearing one in this picture). I shamelessly asked him to sign a T-shirt for me. I’ll treasure it along with my copy of his fabulous new autobiography, The Complete Kagan, also signed, which I received at the end of last year. Everyone who is interested in the history of modern design in the twentieth century should own this book, even if just to look at the incredible pictures. There are more than 400 of them, including dozens of never-before published photographs and sketches.