A new show dedicated to fresh-floral products, Floradecora joined all the new sights at Christmasworld this year. These two events, held at Messe Frankfurt in Germany, attracted over 43,000 visitors from all over the globe, a 9.7% increase over last year! The Trend Curve’s Editorial Director, Michelle Lamb, was one of them.

Michelle says that a myriad of product aspects advanced at the 2017 Christmasworld fair. For example, dimension became extreme. There were lots of fresh shapes and more piled-on details. The contrast of matte (directional) and luster built to a new high. And a two-tone approach to color, along with the strengthening role of metallics, gave product introductions their most complicated and diverse personalities ever. To top all this off, an ever-expanding range of trend materials, including paper and LEDs, really stepped up to add to the dazzling range of possibilities. 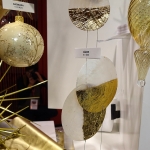 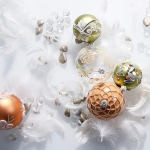 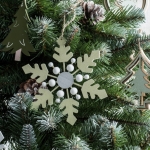 Meanwhile, themes broadened as the subjects of popular everyday decor surged into the realm of the Holidays; and luster and materials updated established topics, providing buyers (and ultimately, consumers) with plenty of reasons to replace the Christmas decor they already have. 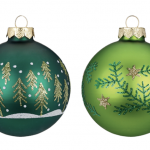 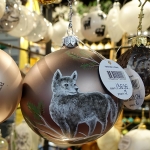 All this newness began with color. Traditional Christmas red was forced to retreat by the rising stardom of green. It was not unusual to see two to three greens used together or green paired with a growing range of browns. This prominence of brown was central to a warming factor that impacted pinks, blues and greens in all values. 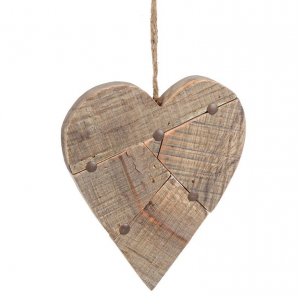 Physical attachments worked like relief to add depth and dimension to products. Think beyond beads, bows, and glitters to antlers, Santa’s fishing rod, and personified cats and dogs.

Piecing kept growing and adding dimension, as well. New in this directive were random piecing that felt like a crazy quilt, and two-tone effects achieved with piecing.

The ever-widening choices of materials really topped off this remarkable edition of the Christmasworld fair! Feathers came back in a big way (they also continued to be used as motifs). Soap emerged as a factor on the tree.

Gemstones, particularly when used as punctuation marks among a range of other embellishments, became one of the top ways to decorate products. Pearls became more prominent than they have been in many years. And even concrete was lightened and brightened by the introduction of glitter accents.

There was so much more happening at Christmasworld. To see all the innovation at this exceptional show, check out Michelle Lamb’s just-released report, Trend Album Christmasworld 2017 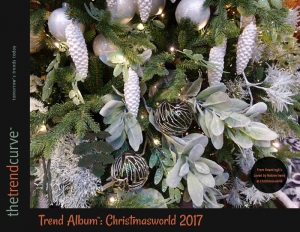 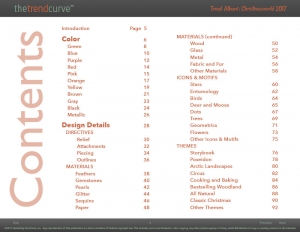