In the fall of 2003, I attended a trade fair in Cologne, Germany called SPOGA, which focuses a large part of its attention of products for the outdoor market. One of my absolute favorite finds was an innovative table and chairs set by Netherlands-based Freeline International. Called beSKWERE, this casual dining group offered a clever, space-saving design for outdoor living that I thought was trend-forward enough to picture in the October 2003 issue of The Trend Curve™.

Fast forward 18 months to New York’s ICFF, the International Contemporary Furniture Fair that I attended today along with colleague John Currie.  What should we find in aisle 1600 but the same contemporary all-weather (that means faux) rattan group, represented by Jane Hamley Wells of Chicago, in Freeline’s North American debut.

I love this group and hope that it will be wildly successful here in the U.S. I also hope it sparks the imaginations of other designers, inspiring them to invent equally ingenious formats that bring a sense of delight to everyday categories like outdoor dining.

Best of luck to Jane Hamley Wells and Freeline International! 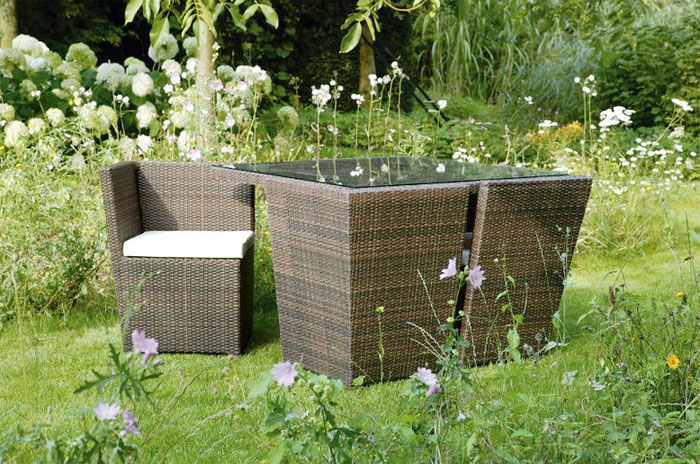