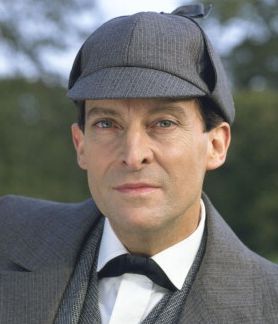 I am laying on the sofa in my family room watching an episode of Sherlock Holmes starring Jeremy Brett, whom I consider to have been the best Sherlock Holmes since Basil Rathbone. Although I am anxious to keep working on our Trend Album™ from Heimtextil 2005, I am going to relax tonight.

With the fair still so fresh in my mind, I had already written much of the report by the time my flight from Amsterdam to Minneapolis landed. In my next step, I will review all of my images and select the 100 or so that will be included in the Trend Album. It is in the process of reviewing images that I sometimes have new insights. For example, I will notice something that did not register in the same way when I was walking the show. In an instant, I not only recognize it as an additional data point, but I also begin to connect the dots between that fabrication, treatment, color, style or motif and other elements that had a more obvious role at the fair.

Although I love to attend trade fairs, I find this process to be nearly as exciting. That’s because it transports me back to the show in an almost ethereal way. In my mind I can see myself moving through each stand and from one stand to another; I see everything again. More importantly, this process allows me to recapture the emotion of each color or design element. I have always considered visceral responses to be as beneficial as logical ones. For me, they are a package deal that results in insights I can then share with our subscribers.

Speaking of insights, I had dinner with a colleague of many years in Frankfurt. We caught up on our families, houses and jobs, then turned our attention to the fair. I shared with her one of the more logical processes I have used for years in evaluating what I have seen each day. She thought it was useful, as others have, so I thought I would pass it along to you.

This process is both simple and effective. At the end of each day, I create a side-by-side list that I call More And Less. I ask myself what I saw more of that day than I did last year (if you did not attend the event last year or last time, your point of reference could be what you expected to see). Across from that, I ask myself what I saw less of. Because it is usually the case that one thing grows as another declines, this process helps me to think about both incoming and outgoing elements.

A follow-up comment about security (the camera police) at the Messe… In two separate halls, I witnessed very stern looking security teams escorting people from the hall. One of the security representatives was carrying what I assumed to be the attendee’s camera. No one looked happy.

I talked about this with some colleagues who speculated on what would happen next. One person believed that the unauthorized images would be deleted from their cameras. Someone else thought that the cameras could be confiscated. Another insisted that the violators would be removed altogether from the fair. What ever happened to these unfortunates, I can only observe that security was tighter at this fair than I have ever seen it before. The Messe Frankfurt camera police are seriously doing their jobs in 2005.