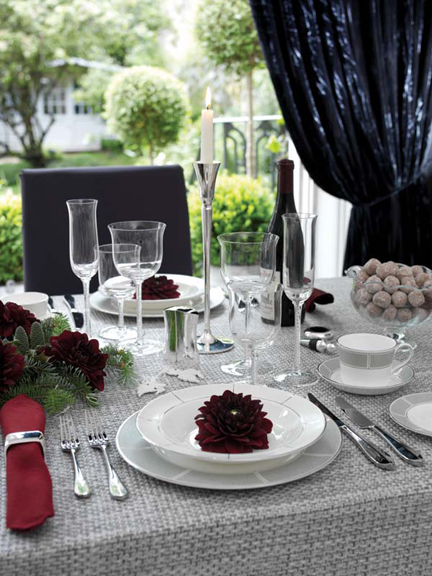 Leather is a best seller. No one argues that fact. However, the volume in units is rising while the volume in dollars is going in the other direction. What to do? The answer is specialty textures and exotic looks. Skins with a smaller scale pattern like python are in the forecast. So is shagreen.

At Maison & Objet, shagreen texture covered desktops and small boxes from companies like Ginger Brown. It also appeared in a new introduction from Wedgewood for the table that was simply called Shagreen.

With Art Deco echoes, Wedgewood’s Shagreen pattern was shown in two options, a light Jade and White. The pebbly surface was limited to the band, where it provided a play of light and shadow that looked sophisticated and refined. This will certainly be a great bridal pattern.