You are here: Home / MEMBERS ONLY / Member-Only Posts / Blue: Trend or Basic? 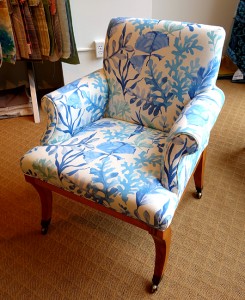 Among the most-noticeable shifts among vendors at the December Showtime textiles market was a visible sense of relief that was not there even six months ago. Business was described as “good” in stand after stand, and most people were clearly optimistic about the future. It appeared as though the market was finally moving out of the long shadow of the Great Recession.

So it was more than a little surprising that the biggest color story was also one of the safest possible approaches: blue. Indigo and related shades were explored in great depth at Showtime. While repeatedly referred to as a “trend,” much of the blue phenomenon felt more like focusing on an essential, always-popular color direction as a carrier for new textures and patterns.

Most showrooms had at least one new major collection devoted to indigo/white or mixed-blue collections including warmer blues from teal to turquoise. This approach was applied equally to styles from New Traditional (still incoming) and global (especially tribal looks) to geometrics (evolving and softening), providing a bestselling anchor for surface designs that were sometimes familiar, but often far more innovative than the color story. 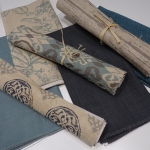 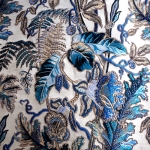 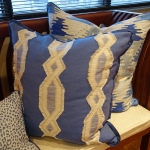 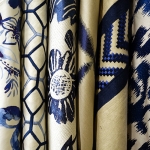 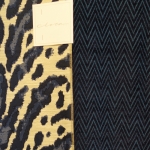 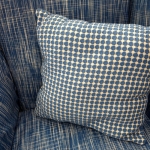 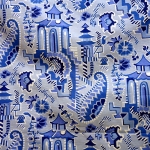 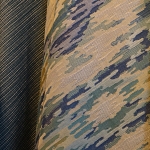 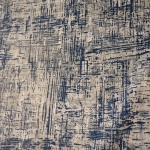 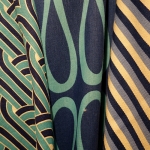 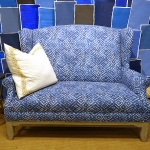 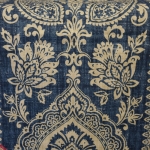 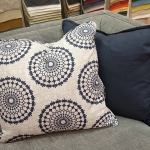 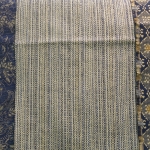 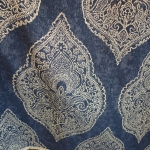 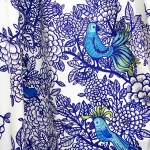