You are here: Home / MEMBERS ONLY / Member-Only Posts / Evolution of the Erasing Trend

Many rug companies have pursued an erased approach to design. At the Maison & Objet trade fair taking place now in Paris, Ebru carpets revealed that this look is evolving.

Rather than treating vintage rugs to achieve an aged-and-layered look, rugs are being newly constructed so elements only appear to be irregularly worn or erased. Here is what Ebru says are the plusses of weaving new rugs in this way,vs. shaving vintage rugs or using some other form of manipulation on them:

1. The resulting pattern is intentionally designed

2. This new approach embraces  high/low features for tactile, as well as visual texture

Here is an example of the new look of erasing, taken at Ebru‘s Hall 5B stand today: 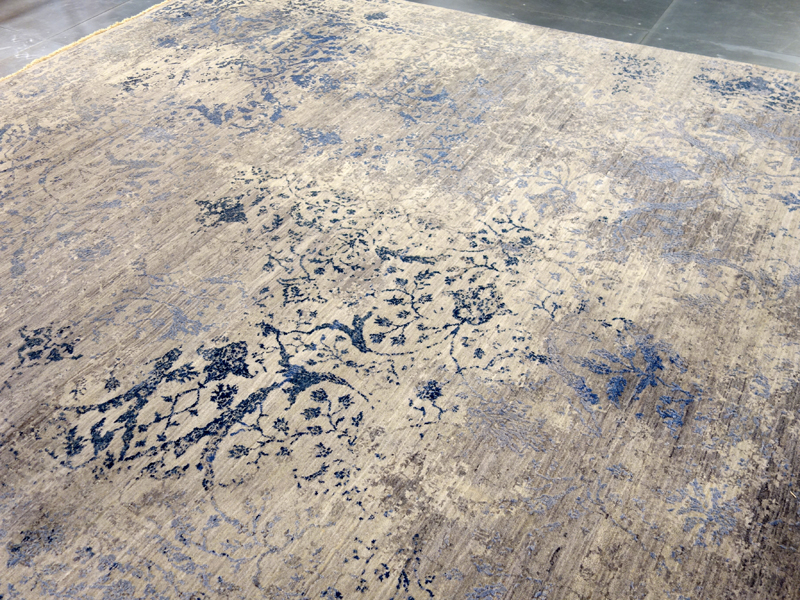