You are here: Home / MEMBERS ONLY / Member-Only Posts / Plaidemonium

Plaids have been incoming for the past couple of seasons. Going forward, they will have even more visibility and trend status.

The return of a 21st-century take on traditional style has already resulted in a new take on classic windowpanes, Tartans and ginghams. Specifically, these patterns are changing their character, compliments of textural infusions. Intricate details and dimension inserted into the lines, the ground or both not only makes plaids feel fresher, but also a bit softer on the eye. This approach, which The Trend Curve first reported in the August 2014 issue, is really gathering momentum now, and will make a major statement by the time 2016 is over (Members can access The Trend Curve archive to read our August 2014 forecast again). 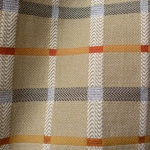 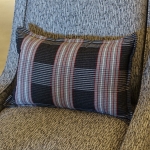 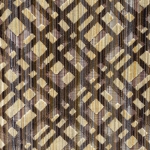 The recent emergence of abstraction as a key influence on surface design signals an opportunity for plaids to play contemporary roles, as well. Think about plaid as a foundation for other elements, like chevrons or boxes. Or push the lines together to make a solid surface that still has plaid overtones.

Finally, let those plaids go wild, with wavy lines, watercolor techniques and deconstructed layouts that result in a pattern that only alludes to plaid.

These new approaches, both updated-traditional and contemporary, will open doors for plaid that have been closed in the past. Expect plaid’s trend status to rise dramatically during 2016, and for it to expand all the way into 2017.