You are here: Home / MEMBERS ONLY / Member-Only Posts / Reconsidering Monograms 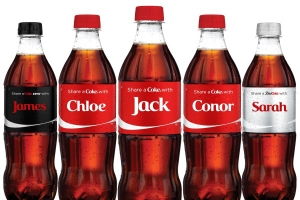 Monograms are another indicator of tradition’s return to trend. They join wallpaper florals, paisleys, Jacobean florals and more. Why monograms? Now that consumers are addicted to selfies, they are open to seeing their names or initials on everything, from toss pillows to Coke bottles.

A single initial makes a dramatic focal point, however the classic three-initial format is equally viable. Layouts that mimic monograms, but really are not, will hold the eye as effectively as the real thing.

Monograms have been emerging for six months so far. They are expected to build throughout 2016, and move into 2017 with ease.