You are here: Home / MEMBERS ONLY / Member-Only Posts / The Trend Curve™ Extra for 2/11

The Trend Curve™ Extra is a supplement to the printed newsletter and contains additional content exclusively for Members. This Extra to the February 2011 edition contains Printsource Color and Showtime Color supplements. 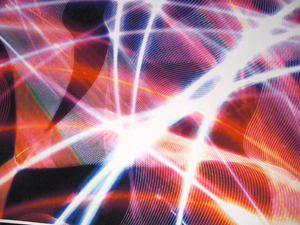 Mark Woodman, speaker for Global Color at Mix Publications, and Jerome Lamaar, trend specialist from Promostyle, were among the dozen or more experts who provided insights and valuable tips on color, consumer yearnings, and future visions at the January Printsource event.

“I think we are going through a period of change with an emphasis on heritage, updated with more-optimistic colors and a growing simplicity,” said Lamaar. “We will see more fluid contours and flow in design, inspired by underwater explorations and discoveries,” noted Mark Woodman.

These and other fashion-forward color experts pointed to neutrals as a core basic this season, with sandblasted desert tones going Greener and warmer. Linen and hemp were key to the natural direction, as were new space dyes and dry, fibrous yarns.

Porcelain-inspired pretty pastels provided a next-step beyond neutrals. They lent an air of fragility in cosmetic shades of Blush and Powder, plus sherbet Pinks dusted with subtle Copper and Pewter. “Feel soft” tactile fibers with wooly blends and fluffy mohair moved forward.

The Consortium Design Agency from the UK had one of the most vivid techno-colored displays featuring graphics inspired by music, fashion, and extreme sports. “We like to push boundaries with mirrored effects, and patterns infused with light and a spray of clear bright color. Snow boarders love our thin-lined fractal geometrics as well as our loopy light-infused shapes contrasted against dark grounds,” commented creative directors Ben Rubin and Rowan Entress. 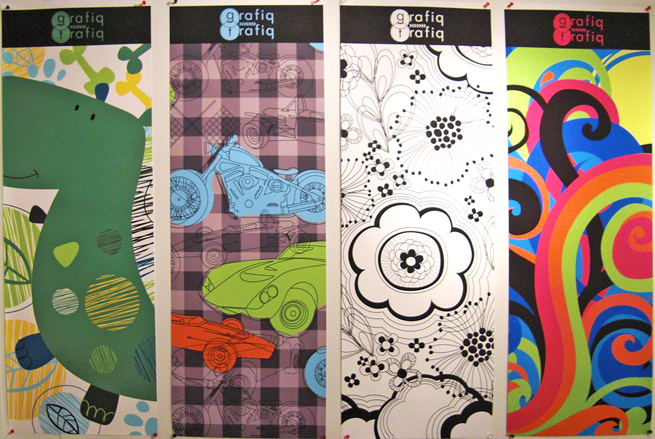 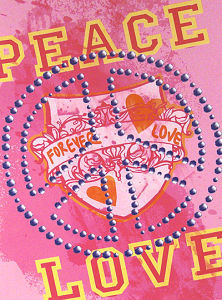 Peace/Love patterns for the pre-teen market at Purplethum Studio

In addition to value and personality, color families also got an update. Turquoise still took center stage, mixed with Orange, Lime and jet Black in novelty motorcycle prints for boys at Grafiq Trafiq. Interest around the upcoming (spring) Alexander McQueen show at the Metropolitan Museum of Art sparked a discussion on the growing importance of aquatic Blues and algae Green, combined with marbling effects for a compelling print story.

Yellow had its moment in the sun in shades ranging from subtle bleached pales to eye-popping, smiley-face bights. An updated Pink/ Yellow combination appeared in pop-floral digital prints and Peace/Love patterns for the pre-teen market at Purplethum Studio. Mellower shades of Goldenrod appeared for dinnerware concepts.

Acid Greens made an optimistic “wake up” statement without the edginess factor of neon from last season. Vintage dealers capitalized on the 60’s revival by offering bright Apple Green-and-White daisy patterns and retro-novelty prints sporting mini florals and birds.

Pink gravitated toward its Blue side and away from the coral shades that have defined this family for about two years. Pink’s versatility was spotlighted floral designs, as well as in updated swirl patterns with an Art Nouveau twist.

At December’s Showtime textiles market in High Point, color continued to be an expression of the cautious economy. This was particularly apparent in the neutral realm. That’s where Gray was firmly established as the favored option. It looked great with a range of autumn colors, including Butternut and Pumpkin. Companions like Yellow, Purple or Citrine-cast Green tried to present an edgier message, even though these hues have kept Gray company for several seasons. 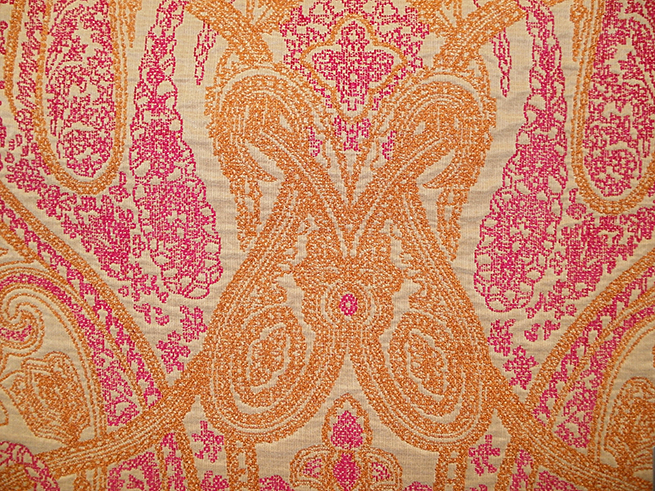 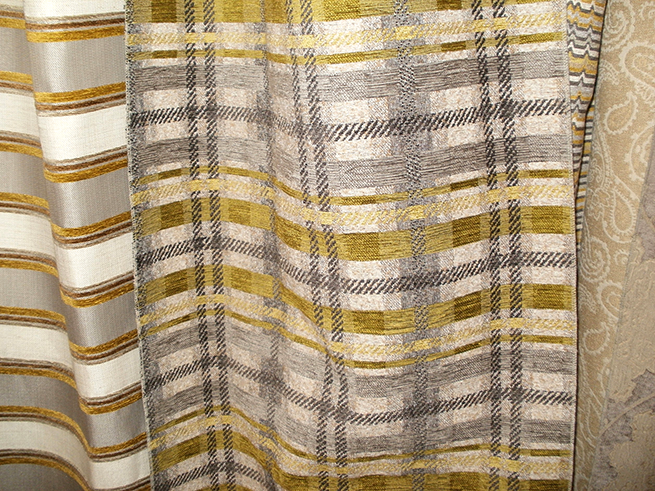 While Gray was shown in both cool and warm temperatures, the trajectory for color overall indicated a seismic slide to the cool side. In addition to directional Blue-cast Grays, that shift was expressed in refreshing Greens like Emerald, or in mid-tones that recalled Lamb’s-ear foliage—Greens that were not only softer, but also showed more complexity and nuance.

New Purples in steely casts were a beacon for 2012. This was true even though Red casts remained more prevalent for the moment. These cooler Purples, which alluded to a feminine point of view, sometimes masqueraded as Gray neutrals, yet they also could suggest a flash of pretty wisteria. For balance, other Purples revealed darker and more-masculine aspects via Plum and Eggplant tones.

Pink, the directional Red of the market, followed Purple’s lead by offering countertrends of masculine or feminine. Notable nuances included Begonia, Rose and Peony. Other Reds covered the gamut from almost-neutral shades like Terra Cotta to rich, intense Tomato and Lipstick.

Blues weighed in as centered, a consequence of shrugging off their recent history of Teal and Robins Egg.  Newer Blue options embraced Indigo, bright Bluebird and a Red-cast Cornflower that bordered Lavender. Inspiration for color combinations came from Indonesian batiks, where combining several Blues in one pattern resulted in a multi-layered spin that updated the Blue color family.

Texture remained the “other color” in the room. It appeared in every style and type of fabric, flavoring the market. Texture expressed itself in backgrounds filled with striés, ombres, complex weaves and multiple weave effects. It also impacted figures. In fact, techniques like washing added soft texture to damasks and tonal jacquards, giving a lift to subjects considered basic (or even tired). Texture made these and other fabrics feel leather friendly, an oft-stated goal that acknowledged how vital color and textural coordination with leather remains.