You are here: Home / MEMBERS ONLY / Member-Only Posts / Toiles at High Point

There are a number of reasons why I have been expecting to see toile designs return. The first is a new interest in print fabrics, which is manifesting at the current High Point Furniture Market in an emergence of faded English florals in high-end showrooms. Another is the budding Vintage trend, which has historically reached out to toiles within the pattern mix.An incoming shift toward historical references is another reason why toiles make sense. Finally, the advance of flowers adds support to the notion of a toile revival.

Today, my first full day in the High Point Furniture Market, I noticed toiles in a number of showrooms. Designer Michael Smith’s debut line for Baker included a floral toile in each of his two color directions, Cornflower Blue or Pomegranate. He used both colors in toss pillows, and covered a sofa completely in the Red. At Wesley Hall, a deer-toile sofa was presented in a trend-right neutral color combination. Ryan Studio showed cushions in a modernized Chinoiserie toile in Coral, while C.R. Laine used birds and flowers in a natural-toile sofa. Julien Chichester covered walls in his showroom with a Red Chicoiserie toile from Osborne and Little.

Most of these applications were as accents, not dominating statements. But they still suggested that there is both breadth and depth to come for toile patterns in the future. See images below to get the full picture. 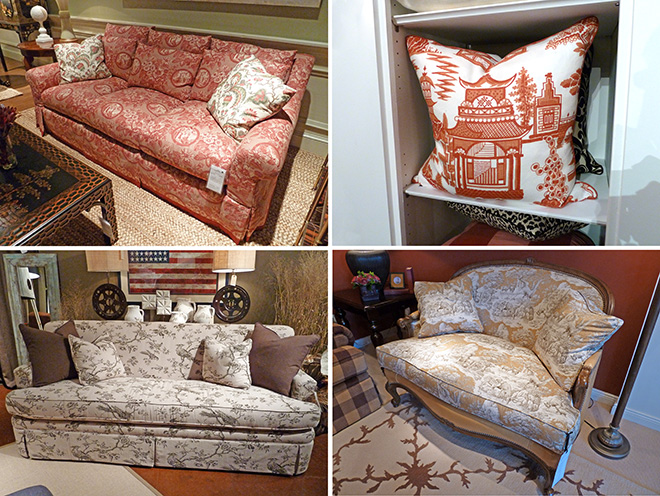 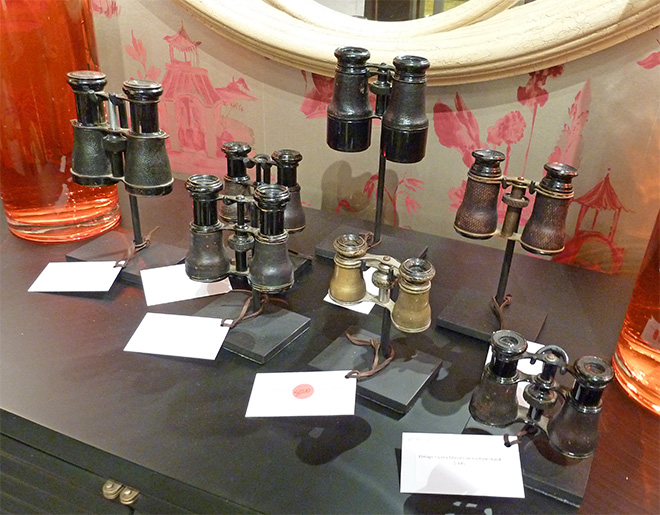 Julien Chichester for Osborne and Little