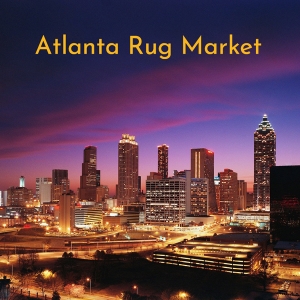 Trend Flash is only for Members of The Trend Curve’s subscriber family. Doug Thayer, Editorial Correspondent, is in Atlanta for the twice-yearly rug market. His top trends are below. Read more about directional looks from Atlanta in the next issue of The Trend Curve.