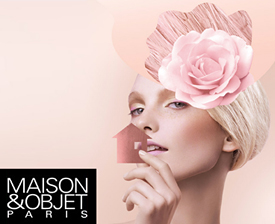 Trend Flash is exclusively for members of The Trend Curve™ subscriber family with immediate updates from markets and trade shows around the globe. Michelle Lamb, Editorial Director for The Trend Curve, is in Paris for the Maison & Objet fair. Her top-trend observations are below.