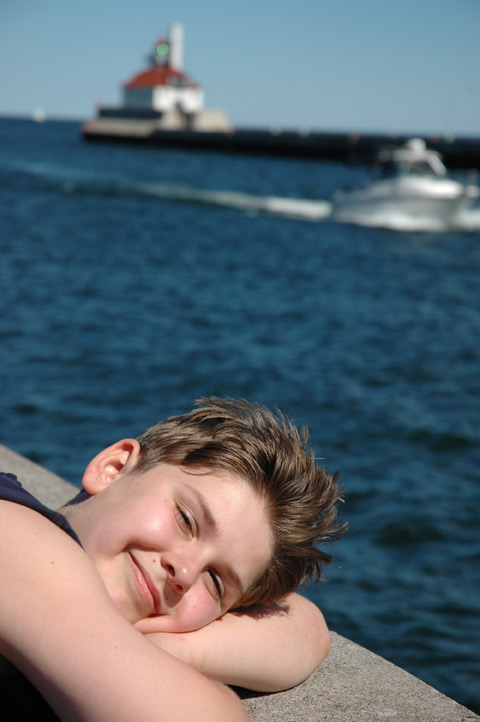 Something is up with our 11 year-old son, Alex.

This morning he hopped out of bed and into the shower with only one whining request for just five more minutes of sleep. He had already chosen his outfit the night before. After school, he straightened and organized all the shoes in the mudroom before he went to his weekly math tutoring session. At Dunn Bros., Alex’s tutor helped him to finish not only his current assignments, but also agreed to help him work ahead. When he got home he cleaned up his room and threw his dirty clothes NOT on the floor as usual, but down the clothes chute (he did not, however, make any moves to actually wash the clothes). He went downstairs to work out on the treadmill before dinner. At bedtime, he asked me to tuck him in and give him a hug. Then he wanted to discuss the fact that mankind couldn’t fully appreciate the concept of “good” if there was not some off-setting “bad” to use as a comparison.

I can’t help but wonder what is going on…

Has Alex done something so wrong that he is playing Angel Child in advance of his parents finding out? Is he going to ask Steve and I for some privilege or thing that only good behavior could cause us to agree to? Does he want his allowance raised? Is he going to beg to go to the $1,200.00 summer video game development camp again?

Everyone told me when Alex was born that boys simply are not as mature as girls at the same age. I thought that was a sexist view and would not believe it. That was over 11 years ago—now I have learned that those people were right. Alex is a sweet boy. But responsible? No. He loves to cook. But you count on him to turn off the stove? Not yet. All the IQ tests categorize him as gifted. But mature? Not really. At least not so far.

But today may have been the start of a new phase in his life and in ours. It may have been one of those rare moments when a parent can actually see evidence of their child growing up. If he still shows signs of mature behavior tomorrow I’ll allow myself to hope. Otherwise I’m going to brace myself for the other shoe to drop.