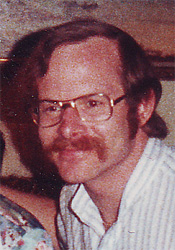 A man I know died on Sunday. He was not really a friend—not any more—yet our history made him so much more than an acquaintance.  Stephen was the man I thought I would marry when I was young, the man I thought about during every college class, the man I spent my Friday and Saturday nights with in my 20’s. I did marry someone who had the same name, sort of (Steven), but that was after a life with Stephen stopped being what I wanted. Still, Stephen and I spent 10 years together before we said our first good-bye.

When we first dated, Stephen drove a blue Mustang convertible. Later,he had a series of Harley motorcycles. He was obsessed with safety, notonly because he didn’t want to be hurt, but also because he respectedhis bike so very much. He was, and still is, the only person I can feelcomfortable riding with on a bike.

Stephen was an amazing archer. For years a framed arrow hung on his living room wall that was split by a second arrow he shot into its shaft. Both arrows had pierced the center of the bull’s eye. When that framed arrow came down it was only because he gave it to me. I remember going to the archery center and watching him, admiring his concentration and form. It was perfect.

A kind and gentle soul yet so strong that he could do one-arm extended push-ups, Stephen was always proud of how trim he kept himself. As he grew older his waistline never changed. I know because his sister, Susan, always sent me the group family picture every Christmas so I could see how her kids were growing. Uncle Steve was always front and center in those pictures. His gradually receding hairline seemed to be the only change from the picture the year before.

Stephen tried hard to quit smoking but never could kick the habit for long. His dad always smoked, still smokes, and Stephen did so admire his dad and want to be like him! Steve used to joke about how much he loved to smoke. I use joke in the loosest possible context; he had a great sense of humor but could never tell a joke. At least not well. When we were with friends I always wished he would stop trying!

I was a part of Stephen’s family and he was part of mine. He was at my house for every birthday (he and my sister, Liz, share one) and anniversary. Steve usually went home alone for Christmas, although we visited his parents and his only sister in Phoenix every year at some other time. That’s how I discovered my love of the desert, especially the desert in bloom. That’s also how I first discovered what 100 degrees in the shade means.

My Mom loved Stephen and would easily have accepted him as a son-in-law. But Mom had a knowing, I learned after my husband and I had married, that I would not end up with Stephen. Mom passed away years ago but my Dad still talked to Steve once or twice a year. Between the Christmas pictures from Susan and tidbits from Dad, I felt like I stayed in touch, too, but Stephen and I had not really seen each other or spoken together in 20 years.

None of that mattered when I got the call. In fact, I wondered how someone I had been so close to could die without me feeling it in my heart.

Stephen did not pass gently. He committed suicide. In a park. Susan says no one saw any signs of it coming, no depression. Maybe the change in medication that happened a couple of weeks ago changed him emotionally. Maybe not. Susan wants to know but surely never will.

There will be no wake or funeral for Stephen. He didn’t want that and Susan is respecting his wishes. There will be a gathering in September when Susan will come back to Minnesota to scatter Stephen’s ashes near the muscle bars on the beach at Bush Lake, just as he had asked. The family will be there and I am invited.

But that date is so far away. And in a sense, it feels like an afterthought. Stephen deserves much more than that. I cannot let him die without making sure someone takes notice of it. Since I won’t see him again, writing about Stephen tonight is my way of saying a final good-bye.