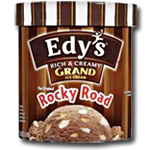 It’s the dead of summer, so let’s talk ice cream!

Our flavor of the month would have to be Rocky Road—a Joseph Edy chocolate creation that started as a candy, which incorporated walnuts and marshmallows. Although Edy didn’t originally name this confection Rocky Road, it was awarded that name during the Wall Street Crash of 1929 to “give folks something to smile about.” William Dreyer later swirled this dreamy recipe into the sub-zero world of ice cream, substituting almonds for walnuts. The version we enjoy today is a tear-drying combination of vanilla ice cream, chocolate chips, marshmallows, and almonds. 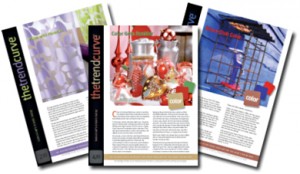 This month has definitely been a Rocky Road for us here at The Trend Curve. A vicious and continuing malware attack on our Internet host took our website down for over a week, and we found ourselves doing business will little more than emails and phones. Then a squirrel ate through some wires outside our building that kept electricity running to my computer. And a broken printer head prevented us from sending out snail mail for days until a part could be ordered and installed. All of this in the midst of the Great Recession!

Since we’re guessing that the road probably hasn’t been much smoother for some of you this summer, we’re hoping to make you smile by giving you ½ year of The Trend Curve™ newsletter for FREE.