You are here: Home / Archives for European Trends 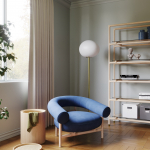 Those who are in-the-know have long considered the Maison & Objet trade fair unmissable. The Trend Curve™ agrees. So, when the new edition, which returned to Paris September 9 – 13 was announced, I made plans to represent The Trend Curve team at the fair. In my first trade-fair assignment … END_OF_DOCUMENT_TOKEN_TO_BE_REPLACED 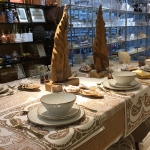 I never tire of trend-spotting in London. But no matter how many days I set aside for retail reconnaissance, I always wish for just one more. While taking in the retail landscape last month, it didn't take long to notice the absence of gray. I don't mean that gray disappeared from assortments … END_OF_DOCUMENT_TOKEN_TO_BE_REPLACED