You are here: Home / Archives for string art 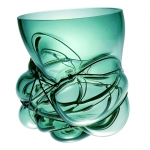 Who would have guessed two years ago that knots would have such a prominent place in décor? But as a swing back toward 1970s style took hold for home interiors in 2015, macramé swept back into trend. It appeared in chairs, wall hangings, pot hangers and more, confirming The Trend Curve's forecast … END_OF_DOCUMENT_TOKEN_TO_BE_REPLACED