It has finally arrived: 2015! And I have to admit that we saw it coming—in full color and great detail. But, then again, that’s our job! And, as Members of our subscriber family know, we’ve gotten to be quite expert at it after 26 years.

So, what does 2015 hold in store? As Michelle Lamb predicted when she finalized The Trend Curve Colors™ 2015 in June of 2013, color will calm down. After years of often-intense personalities, deeper and more-subdued hues will step back into the spotlight. You can already see this shift in the market. What else did Michelle see on this year’s horizon back in 2013?

• New pastels, another trend that is set to expand this year, will feel complex, sophisticated and nearly neutralized.

• Light mid-tones will increase their share (spoiler for 2016: mid-tone values will build like a crescendo all year long, becoming even more important next year).

• A range of deeps will have more play than they’ve had in years.

• New brights will take their cues from a primary colors. 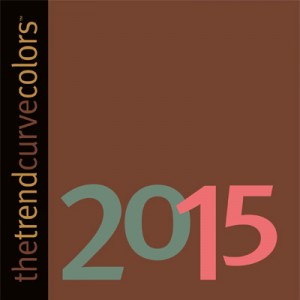 The Trend Curve Colors 2015 includes 36 hues in six different values and personalities. The new neutrals in this forecast, especially browns, are already on their way to must-have status!

The nine trends in our 2015 forecast take décor looks from classical to comic-book style, with stops in-between. Of particular interest is a return to romance that brings Italian and Spanish elements back into focus with a rustic luxury we haven’t seen in ages. Elements like Jacobean florals and jacquard wovens, metal studs, marble-looks and crosses have been hinting at this trend for several months. Expect the look to fully unfold in 2015.

On the lighter side, our action-filled Comic Art trend features thought bubbles, powerful exclamations and vibrant colors as alternatives to staid décor. This is also true of our Normal Is Boring styling, which offers a riot of color, pattern and completely out-of-the-box direction for youthful setting like kids’ bedrooms and college dorms. Meanwhile, our Street Scene trend helps to mainstream punk-inspired décor, and Retro Reboot breaths new life into mid-century style.

All in all, 2015 will be a year when the creative pendulum for trend will offer a wide swing, while color will call for more restraint than we’ve seen in some time.

Customers who took advantage of Michelle Lamb’s trend insights have already applied her color and trend forecasts to their 2015 product development. You can join them as you prepare your 2016 assortments! Get a jump on next year with The Trend Curve Colors™ 2016! It’s available in the Trend Store. 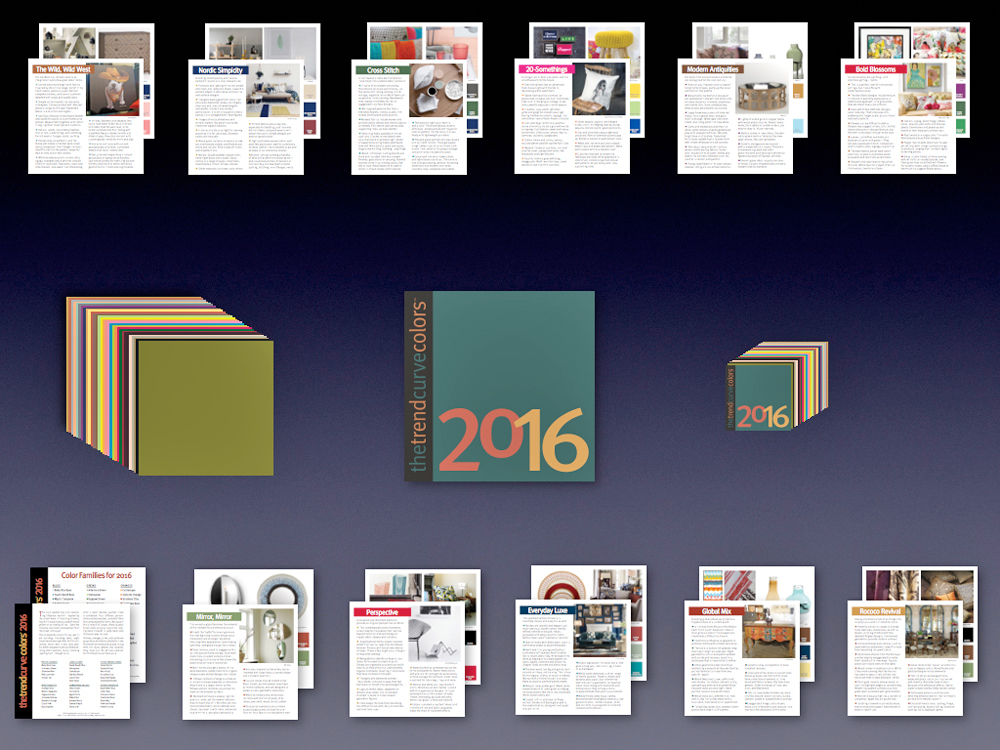