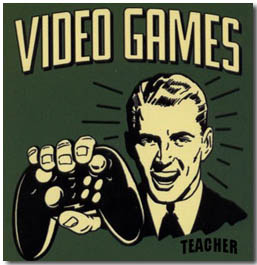 Right now—right this minute—our son Alex and his friends are scattered on the family room floor. Each of them has a sleeping bag rolled out and ready. This is a sleepover party in celebration of our son Alex’s 12th birthday, which was on Monday.

These boys are not just lounging about. They have been playing Game Cube games since they arrived just after 5:30. They ate pizza, and played games. They had cake, and played some more. They devoured candy bars and are still playing at just after midnight.

I told them all that midnight was their “hard stop” on games and they have to go to sleep or at least turn the lights out. They didn’t really push back. After all, I’m the mom and moms still have power over kids, at least for now. It also helped that my husband, Steve, was there when the clock struck 12 to help them remember to power things down.

There is another factor in their acceptance of the bedtime deadline, too. These kids are tired. You can hear it in their voices and see it in their eyes. They want to go to sleep, yet they are too macho to say so in the company of their friends. That’s because their game playing is an intense competition that seems to have become the way young boys determine their status in the “pecking order” of teenage life. Beating a game marks you as special—not necessarily smart or clever, but certainly quick and skilled at manipulating whatever virtual world each game provides. This is a big deal when you are 12 years old.

I worry that this has become too important. I am anxious thinking that these boys are not really learning how people to relate to one another. I am concerned that they have connected their self-esteem to something artificial. And I am ill at ease with the potential of them becoming acutely absorbed in the story line and the rules of a game that has no basis in fact.

But for today I will push those thoughts out of my mind. Instead, I am going to keep listening to the laughter and enjoying it. My son and his friends are having a blast.