You are here: Home / Trend / An American President’s Influence on Home Decor 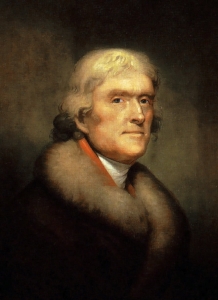 For centuries, we’ve taken it as a matter of course that the names of English and French monarchs are inextricably attached to certain styles of home décor. A Louis XIV-style cabinet or a Victorian fainting couch are so much a part of our consciousness that images of them immediately spring to mind for most of us, when they’re mentioned. But what did America’s own Jeffersonian period contribute to global décor?

The answers are amazingly straightforward, due to the fact that President Jefferson himself designed his residence, Monticello on his own drawing board. So, when you hear that something is of “Jeffersonian” design, it does not just mean it comes from the period of Jefferson’s presidency, but from President Jefferson’s own designing genius.

Case in point: his alcove beds, which were inspired by the space-saving qualities he observed during his visits to France. Jefferson’s triple-sash windows allowed the lower two portions to be raised to form a doorway. Meanwhile, the bottom sash could be lifted and the top lowered to encourage cross-ventilation. And Jefferson’s love of sunlight inspired him to install skylights in Monticello’s third floor, as well as carefully placing mirrors in various rooms to maximize the reflection of both sun- and candlelight. 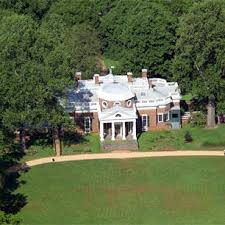 Closets were of particular interest to Jefferson. As is still true today, he had them built into the walls of his home, rather than using a space-taking European-style wardrobe cabinet for storing clothes. His closets had openings to allow in air and light, and he even installed a “turning machine” in his personal closet, so his clothing could be viewed in a rotational fashion, working like a Lazy Susan.

At a glance, it’s easy to believe that Jefferson’s creations for the home were simply inspired by previous designs from ancient Greece and Rome. But an in-depth look shows that he created with, as he put it, “a greater eye to convenience,” putting this man stunningly ahead of his time when it came to home construction and décor.