You are here: Home / Trend / Avoiding the Grand Oversight

Quick, can you name the national holiday that occurs every year on the first Sunday of September after Labor Day? (Hint: it was designated by the US government in February 1977.)…Nothing? Don’t feel badly if you don’t know the answer; most Americans don’t. Yet, statistics show this holiday honors a very important group of people, who make up one-third of the US population: grandparents.

They’re important, not just because their families love them, but also because their numbers are increasing by 1.7 million every year, according to the American Grandparents’ Association. What’s more, as of 2015, 50-million American households were headed-up by grandparents.

You might hear nothing but crickets on National Grandparents’ Day, but does that mean this significant part of the population isn’t being honored in the form of greeting cards and gifts? Probably not. With roughly 70% of grandparents reporting that they give cash to their kids for day-to-day expenses and $52 billion spent by grandparents on their grandchildren each year, odds are most families are honoring their grandmothers and dads in the spring or early summer of the year on what is traditionally considered Mothers’ and Fathers’ Day. 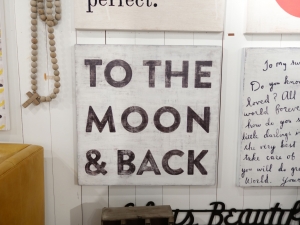 So, is the market directing enough greeting-card and gift collections at grandparents as the recipients? Point-of-purchase indicates that the answer is no. So, The Trend Curve has some trendy ideas for this group:

For access to exclusive posts containing more actionable forecasts and trend information, become a Member of The Trend Curve‘s subscriber family! Here are a few other benefits you’ll receive: