Project Partners Network is one of the country’s foremost licensing-consulting specialists. Below is their roundup of trends from Brand Licensing Europe. 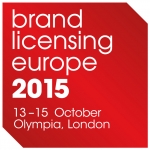 Brand Licensing Europe, held in London October 13 through 15, hosted over 300 leading brand owners, highlighting the hottest brands, characters, images and artwork available for license. Themes at the 2015 edition of included new twists on design/character collaborations, expansion of available assets to include secondary characters and brand-related typography, niche programs for specific consumer groups and non-fourth-quarter holidays, and self-expression. Here are nine must-know trends emerging at this important licensing show. Be sure to see the gallery of images below.

Fun in the sun:

While England and Europe are nowhere near the sunny shores of Australia or California, surf and skate culture was a prominent theme at the show. Not only were some character/entertainment property owners highlighting their licensed skateboards, but several surf and skate brands also exhibited at the show. They included equipment makers such as Bear Surfboards and Aluminati Skateboards and lifestyle labels such as the Maui and Sons and Longboard.

Limited collaborations between fashion labels and character/entertainment brands continued. A deal between Cartoon Network and high-end Spanish brand Desigual for girls’ apparel was announced just before BLE. A new twist is that the partnerships are becoming ever higher-priced and localized. Hasbro was touting Fyodor Golan’s My Little Pony collection for London and Philipp Plein’s Transformers collection for Germany, along with similar capsules for the Hong Kong, Barcelona, Milan and New York markets.

A number of companies showed licensed products featuring all-over printed patterns or color blocking tied to character licenses, with a particular focus on footwear. Many of them offered designer collaborations, such as Moomin with Kahru, Cartoon Network’s Powerpuff Girls with Joanne Stoker, and Rainbow’s Regal Academy with Loriblu.

Power of the emoji:

Not surprisingly, emojis were all over the show floor, as the focus of properties such as The Emoji Company’s Emoji brand or as background graphics for character-designed t-shirts. Especially notable were design themes associated with characters—American Greetings’ Care Bears or Coolabi’s Purple Ronnie, for example—that have a core positioning tied to emotions or self-expression.

Quintessentially British brands from the 1960s and 1970s made a comeback. But rather than relaunching to appeal to today’s children, as is the norm, licensors focused on adult-targeted gift programs for consumers who remember the brands from childhood. Most of the activity came from publishing (e.g., Mary Gernat-How’s book illustrations or Egmont’s comic book Roy of the Rovers) and toys (Hasbro’s Action Man).

An emerging design trend for licensing: taking the typography associated with a brand and using it as a standalone design element. DC Thomson’s The Beano magazine loaned its comic-style lettering to products such as licensed greeting cards, for example, while Kellogg’s-owned Pringle’s potato crisps offered its distinctive fonts as one of the design elements available to its licensees.

Licensing agent Pink Key’s strategy for Roy of the Rovers focused on Father’s Day gifting, Walker Books’ licensing effort for the children’s book Guess How Much I Love You? expanded into adult jewelry for Valentine’s Day (and wedding) gifts, and eOne’s Peppa Pig program introduced a Halloween collection featuring imagery from a recent episode centering on that holiday.

A range of properties included characters that are mad/angry or mad/crazy: