You are here: Home / MEMBERS ONLY / Member-Only Posts / Bulking Up 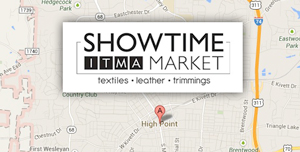 One of the biggest trends at December’s Showtime textiles market revolved around the weight of new fabrics. Specifically, heavy and bulky properties advanced even more dramatically than they did six months ago.

The interest in a hefty look and feel for textiles originated with the vintage and antique Persian rugs that took the market by storm almost two years ago. Originally, these rugs were cut up, pieced into new layouts and over-dyed to make them look unlike anything the market had seen before. Soon, those rugs leapt up off the floor to cover toss pillows, ottomans, side chairs and even the occasional sofa.

The next step includes a shift away from saturated hues. Case in point: original Persian carpets are being burned or shaved to remove off the top layer of pile. That leaves the rug looking scraped, worn and antique, all of which tones down the color. This personality is in contrast with the refreshed and up-cycled look of the past. Nevertheless, each unique rug retains the coarser sensibility that Showtime confirmed is being embraced by upholstery textiles. 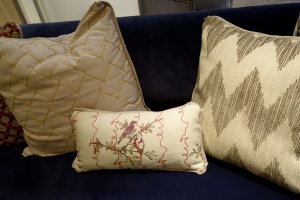 The look of cord embroidery
from Valdese Weavers

For example, at the December Showtime market, new machine-stitched cord embroidery and hand-applied nubby French knots overshadowed established satin-embroidery looks, offering casual-and-matte coarseness as an alternative to smooth luster. Quilting’s combination of loft and texture (quilting is still building, and is recommended into 2015) drifted away from situations involving plain cottons and velvets, favoring ground cloths with a coarser personality. 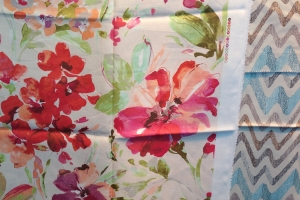 An accelerating trend toward layered surface designs (see Organizing Principle in the February edition of The Trend Curve) created a sense of depth that was emphasized with multiple weaves and different yarn weights that made everything look denser. Even prints found themselves drawn into this new interest in layering. They participated in the trend with watercolor effects that allowed the “pencil sketch” that artists begin with to show through from below, and with lighter, one-color “shadows” in the ground that duplicated a fully colored pattern or added a companion pattern. 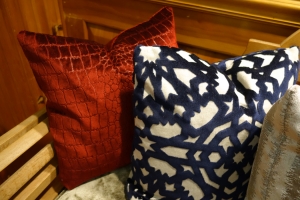 Adding to the heavier appearance of woven textiles, some yarns were fuller, others nubbier to give the appearance of wear. Tapestry constructions got denser and came packed with texture. Motifs stood out, sometimes as raised textures on textured grounds, and other times as cut-velvet looks that continued to grow.

Were all new textiles at Showtime heavier and bulkier? No. But the direction is clear. The market’s first shift in preference will be from the immense popularity of linen to thicker and coarser looks. After depth becomes an established trait for textiles, watch for plush looks—including plush chenille—to return, likely by 2016.