The Trend Curve is all about color forecasting, but our team also pays attention to color psychology. That’s why we took notice of The National Painting Week Color Psychology Study, conducted by Harris Poll on behalf of Sherwin-Williams. This new study reveals color preferences and perceptions for the home, along with sentiment toward certain colors, using survey data of more than 2,200 Americans and an analysis of public social media posts. Here are the top findings from the study: 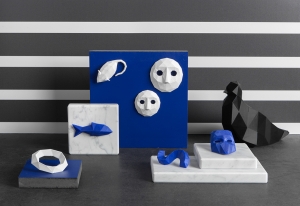 Most Americans agree vibrant colors should be used in the home, but neutral colors dominate social media mentions:

Blue and black most often selected as a favorite color:

Americans have plans to paint, and many would pay a professional:

The National Painting Week Color Psychology Study was conducted online within the United States between March 23-27, 2017 among 2,201 adults (aged 18 and over) by Harris Poll on behalf of Sherwin-Williams via its Quick Query omnibus product. Social results were obtained by harvesting 12,089 public geo-tagged social media posts in the U.S. between January 1 – April 13, 2017 where selected colors appear within two words of areas of the home.