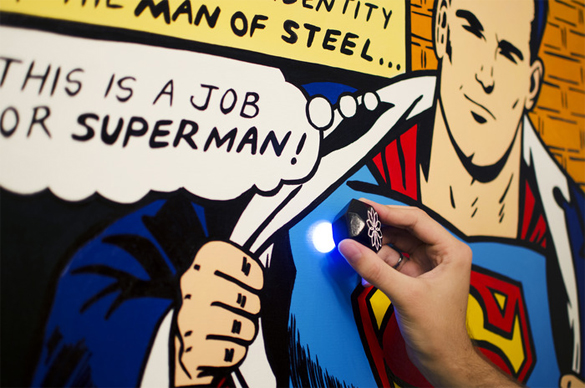 You see a color, love it and then think, “Hmm, that would be perfect for…” But then you go to your home or office and try to remember that color’s attributes. Unless you specify color for a living like our own Michelle Lamb (who consistently amazes us with her ability to accurately recall a color’s aspects) most of us simply cannot retain much about a color’s hue, value and saturation. It’s even tougher to remember what the ambient light was like at the time, other colors surrounding the one you fell in love with, or even the surface reflectivity of the material the color was on.

What if you could capture that color with a tiny device which would scan those attributes (ignoring ambient light as a variable) and send them to your smartphone or computer?

The Nix Color Sensor can do just that and is “…a breakthrough smartphone accessory. Just scan an object and instantly view the color on your iPhone, Android, PC, or Mac.” Thankfully it will now become a reality since they just went over their Kickstarter project funding request and will receive their funds on October 16th!

We were excited enough about this single purpose device that we signed up to help fund the project . We wanted to use it, of course, but to also track its evolution and see what it’s capable of doing. But why would we not carry an industrial-strength portable device to analyze color? 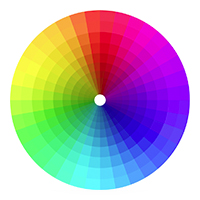 Those sorts of devices are called a spectrometer and are one of a class of scientific instruments commonly found in many research and industrial labs. They’re also used in research in the fields of physics, molecular biology, chemistry, and biochemistry.

Using these devices for color capture has historically been done by labs or printing companies in a tightly light-controlled setting (which obviously isn’t found in a trade show or retail setting). In addition, the desktop or portable spectrometers are far too expensive (many hundreds or even thousands of dollars) and they also require ongoing calibration and the technical chops to use the darn things.

As such, capturing color digitally has been best left up to the labs in a controlled environment or chemistry PhDs in the field.

Because of these and other reasons, most serious color, design or product professionals don’t attempt to capture and replicate colors on their own anyway. Instead, they rely on systems like our color forecasts or, if they just want raw color to attempt to build a palette on their own, the systems made by companies like Pantone or the various brands under Valspar.

What if the color doesn’t yet exist or is so new it has only been displayed at an international trade fair? Several times each year we travel to all the relevant domestic and international shows. You undoubtedly know that colors appearing at these shows often aren’t yet in any color systems. For the creation of our color forecasts we identify color trends, buy samples from all over the world at retail with the colors we’ll need, obtain calibrated product shots from companies (which we also view on calibrated computers) and create balanced, accurate forecasts. 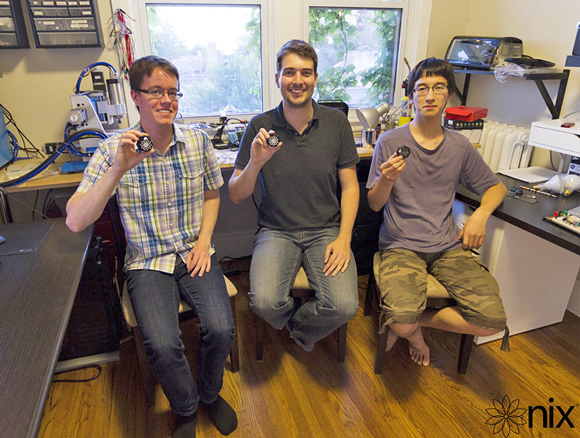 So why are we looking seriously at using the Nix?

Though we have yet to receive our Nix Color Sensor and put it through our own testing, we see the promise of it as being a key tool which we’ll use to capture color at the moment it first emerges at a domestic or international event. We likely will also use it to scan color we want to include in a color forecast which we have not yet seen in a designed product being shown at a trade fair.

While it is highly unlikely that this Nix handheld device can equal a $2,000 or more portable spectrometer—and I’ve already had several colleagues tell me all the reasons why the Nix can’t possibly be anything but a toy—we think the Nix will disrupt the expensive color spectrometer companies when it comes to a device used for color capture and be a tool most color professionals carry with them to trade fairs, at retail, and elsewhere in the world.