For Halloween 2017, and for kids’ décor in general, The Trend Curve team is feeling definite impact tremors from the Jurassic Park revival.

Buried in the Earth for some 65-million years and currently the main fuel for all our power needs, dinosaurs are not only reappearing in framed-art prints and decorative accessories (there are even a few of them targeted to adults), but are also appearing in kids bedding, clothing and décor. That’s why there is sure to be a holdover effect, making them a favorite for Halloween costumes and party themes in autumn 2017. 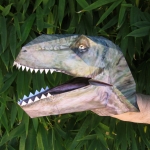 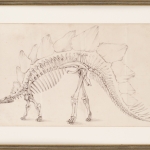 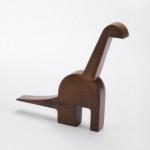 Let the warm-blooded take shelter! Huge reptilian footprints will point the way up to front doors, as trick-or-treaters approach. Velociraptor shadows on window shades will warn against inadvertently loosing deadly reptiles on the neighborhood. And dinosaur roars, pterodactyl screeches, and thundering footfalls, are sure to make Halloween sound effects all the more chilling. 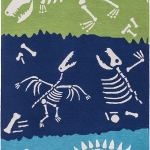 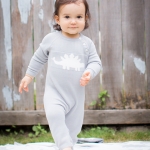 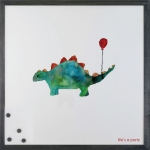 Whether donning an origami T-Rex head for parties or a mock dino-skin as a Halloween costume, it’s a rare kid who won’t seize the power of playing the part of a towering fossil reptile on the night of October 31! Today’s dinosaurs are equally on trend in either skeletal or fleshed-out forms. But, beware: paleo prints evolved to blend in with the greens, browns and grays of nature, so glittering lizard-like eyes and fluorescent snake stripes of gold and yellow are recommended for everyone’s safety.

For more 2017 Halloween trend ideas and the latest autumn colors, check out Haute Halloween and Fall™ 2017. If you are interested in more kids’ trends, The Trend Curve Colors™ KIDs 2017 is just the thing. You can find them both in the Trend Store.