You are here: Home / Trend / Dog-themed Decor may be DNA Deep 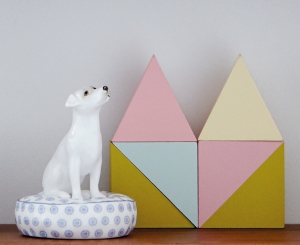 Over fifty-four million American households own dogs, according to the 2015-2016 National Pet Owners Survey, so, it’s no wonder that dog-themed decor has never been more popular. But at The Trend Curve, we couldn’t help wondering why the link between dogs and people is so strong.

First of all, it’s a relationship with time on its side, dating back approximately 40,000 years, when wild wolves began following humans so they could eat the discarded bones and leftovers from our meals. These  “camp wolves,” ancestors of the domestic dog, served humans by guarding their own pack from predators and, by extension, guarding homo sapiens, too. Soon, humans and wolves were working more closely together, and a more human-friendly wolf emerged, known as the “proto dog.” 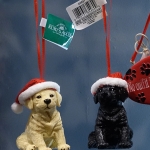 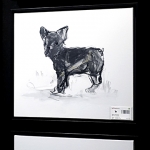 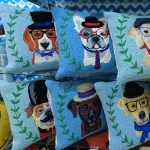 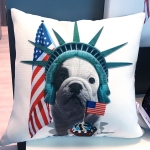 When mother dogs were killed or injured, humans were likely to raise their pups, whereupon oxytocin, also called “the cuddle hormone” was produced in both species. Oxytocin is powerful. It plays a huge role in bonding and is produced in both people and pets when they gaze at one another. This is part of the coevolution of human-dog bonding.

Because that bond is tens of thousands of years old, the very sight of a dog, even if just in wall art or on a throw pillow, makes many of us feel happy and loved. In today’s stressed-out world, that feeling can make the difference between a good day and a bad one. No wonder more and more products featuring images of Man’s best friend are showing up in product assortments! Our trend-tracking team snaps pictures of them everywhere we go. 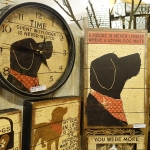 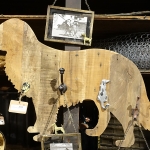 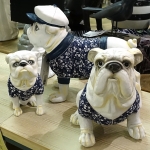 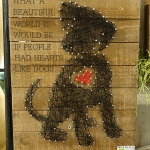 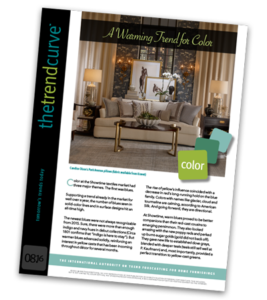 We have covered this phenomenon on our blog (see London is Going to the Dogs), in our special reports (like Trend Album™ Maison & Objet, September 2016) and in The Trend Curve (April 2016 issue)—and we’ll keep covering dogs as a décor trend as long as the topic is relevant.

Tracking and forecasting trends in color and design is our specialty at The Trend Curve. Read a free sample issue today and you’ll understand why subscribers all over the world value our trend point of view. Then subscribe and let us keep you updated on how trends are going to the dogs, plus all the other décor forecasts you need!