You are here: Home / Trend / From Gray to Brown: A Brief Trend History 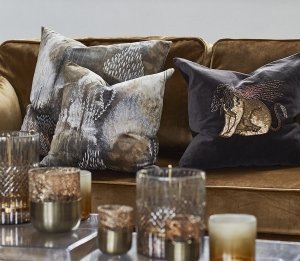 In a conversation last week, a colleague asked whether I recommend gray for upcoming trend assortments. My answer was no.

I realize that lots of people still love gray. If you are one of them, you have plenty of company. That said, the rate of preference for gray is solidly in decline, causing gray to shift from trend to basic status. For that reason, my advice is to use gray in your core assortment. For trend neutrals, it’s time for brown. 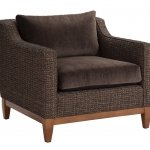 When browns first emerged, it was at the high end. The goal was to offer a viable trend alternative as gray showed the first hints of retreat. This took place in 2018, but the stage had actually been set the year before. That’s when consumers, who had relentlessly pursued the gray trend, started to fatigue of not only gray itself, but also of the cool palettes built around it. They were craving something different.

In an attempt to remain relevant and look fresh, gray’s personality modulated. It shifted away from established cool personalities and toward warmth. From there, the leap to brown was not that far. Just as importantly, the market hadn’t seen much brown in years.

At the beginning, brown was more likely to pop up in surface designs. But soon a range of compelling textures, both visual and tactile, were applied to solid browns. They, too, found a willing audience.  At the same time, it began appearing in incoming materials, like marble and reverse-painted glass. All this helped to establish a trend halo, which was instrumental in remaking brown’s image.

Today’s revived interest in brown is supported by many shades. Nonetheless, taupe is not often one of them. Neither is mushroom, a second hybrid that traditionally bridges gray and brown. Consumers are not actually seeking a bridge this time. Instead, they are jumping in with both feet, embracing distinctly brown shades.

These browns blend beautifully with the autumnal palettes that are gaining traction in year ‘round assortments (not just for autumn and harvest). In addition to brown, autumnal palettes variously include clay or rusty-coral oranges, Dijon and curry yellows, eucalyptus green, warmed mid-tone teals, lilac and berry accents, and Burgundy.

Nuanced yellow and red casts are some of the freshest and most sophisticated new brown options. Think sable and cinnamon, as well as tortilla and sepia. Bourbon brown looks good for the first time in years, and it is on the watch list for 2021. That’s when the brown trend will be more obvious than ever to consumers.

To find out more about my thoughts on color and design trends, follow @trendcurve on Instagram and Michelle Lamb on LinkedIn.