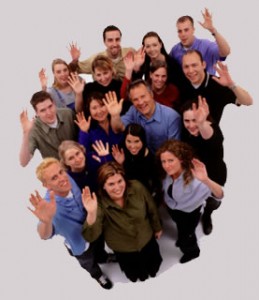 While leafing through the December 6, 2004 issue of Business Week, I stopped short at a full page Samsung ad. The top third of page 19 showed a Black and White image of a residential city street, where trash sat waiting for collection on the sidewalk. Along with the bag of trash in front of one home stood a beautiful, traditionally styled, wood armoire. The bottom two thirds of the page shifted to full color. It was a contemporary living room scene with a Samsung 32-inch LCD TV hanging on the wall.

This ad reminded me of a piece I wrote for the December, 1999 issue ofThe Trend Curve™, an issue that was devoted to a number of predictionsfor the decade ahead. Among them was the forecast that flat panel TV’swould make entertainment centers obsolete.

In that piece, I suggested that the entertainment centers and armoiresthat have sold so well in the past ten years would be unnecessary bythe end of the ten years to come. That’s because their role as ahousing unit for TV’s would no longer be required. I also suggestedthat these pieces would forever be associated with the 1990’s.

I remember how much our subscribers enjoyed that issue. I also rememberhow many people thought I was way off base predicting the demise ofoversized entertainment furniture only a few years into the future.They were wrong.

After a slow start, sales of flat screen TV’s are racing ahead rightnow. This fall in particular, prices have dropped significantly on allof the types (plasma, LCD). The Consumer Electronics Associationexpects that retailers will sell twice as many plasma TV’s and threetimes as many LCD TV’s this year. Still, the market has still notarrived at the convergence of decreasing price and rising quality thatresults in a gigantic rush of mainstream sales. That will likely comeat the end of 2005.

What will everyone do with their armoire then?

Today’s armoires and entertainment centers are unnecessarily deep forflat panel TV’s; just switching from old to new technology (andreplacing your furniture) can loosen a room up by 10 inches or more.Not only that, but armoires are the wrong shape: the sleek new TV’s arewider to accommodate a letterbox aspect ratio, which is optimal formovie watching. So unless you have a few extra sweaters to store,keeping an armoire in your bedroom will begin to feel like a waste ofspace. It will also begin to feel like a visual barrier when comparedwith the low and shallow pieces that work for flat panel TV’s.

I stand by my prediction that entertainment centers and armoires willgo the way of the console TV by the end of this decade. Samsung’s adsuggests that I am no longer in the minority with this view.