My kids, Biz and Alex, think my work is uninteresting. At least they did until yesterday. That’s when, along with my husband, Steve, we embarked on our first Tokyo Metro ride to an area called Harajuku. This is the spot where teens dress in all kinds of unique clothing, like baby doll costumes and 80’s retro outfits that have been brought up to date with new century twists. I wanted to see it and dragged everyone else along kicking and screaming.

We got off at the Omote-Sando stop, several blocks from our destination, to make sure we would find Kiddy Land, a toy store of great interest to Alex, who is 10 years old (on the way back to the Metro, we stopped there and bought an iDog toy for Alex on one of the six floors filled with toys). As we walked toward our destination, I started snapping pictures almost at once. The clothes, shoes and hair we saw on the street were just too good to pass by. After a few minutes, Biz (17 year old) understood what I was doing and whipped out her Samsung digital movie camera to help out. Steve’s Nikon D-70 camera was out of the bag, too, and Alex had his Canon S-400, rounding out our family’s geek-squad-meets-American-tourist look. 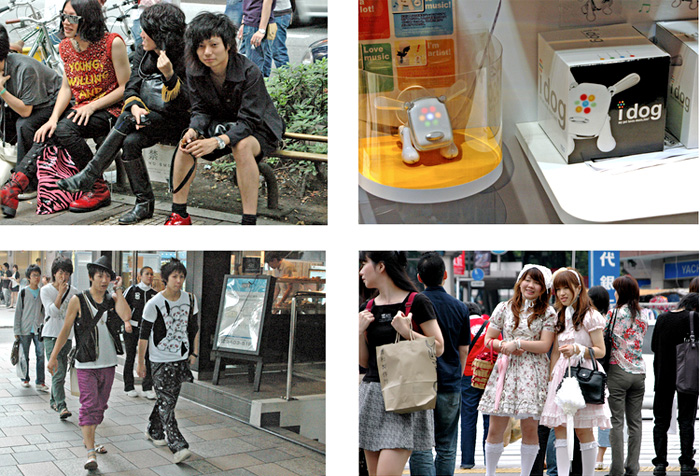 We never really made it all the way to Harajuku. We sat on a bench at what we decided must be the most interesting street corner in Tokyo for about 30 minutes capturing all the great colors and looks. Then we eyed a spot one floor above the same corner where we could stand at a railing and watch the people go by, snapping, snapping, snapping pictures all the while. Before we knew it, another hour had gone by and we had over 200 pictures, plus half an hour of video.

We all had so much fun. We downloaded our pictures last night and compared the angle of Alex’s shot to Biz’s or mine to decide which showed the teen clothes the best. In the end, both of my kids thought I had the best job in the world. I guess I do! Steve still thinks it’s a black art… 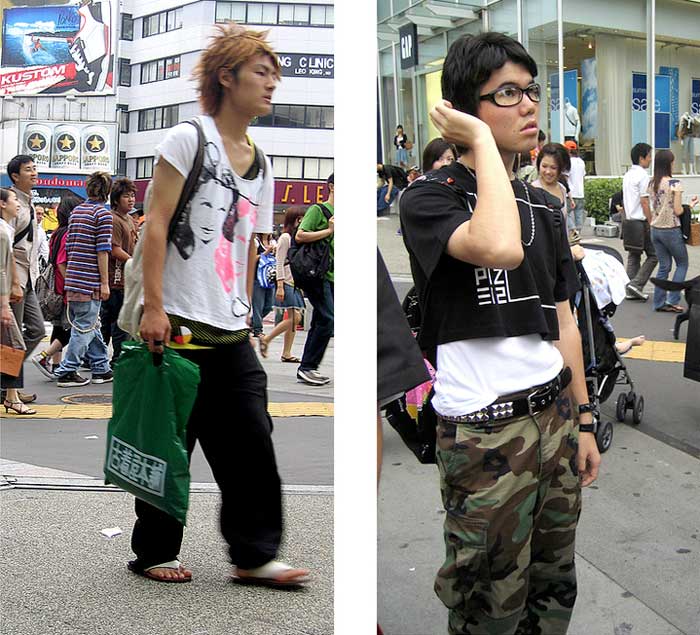