You are here: Home / Trend / Japandi: On-Trend and Growing 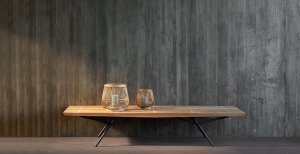 Scandinavian sensibilities have been influencing shape, texture and surface design ever since mid-century modern looks returned a decade ago. Today, they are immensely familiar. Japanese elements are more recent, but nonetheless established. Think lotus leaf motifs and sho sugi ban, the charred-wood look that rekindled a broader interest in black almost three years ago.

Now these two minimalist styles are converging in a style called Japandi.

The Japandi aesthetic is centered on natural materials and finishes, as well as earthy textiles, a neutral palette, expert craftsmanship and a functional, less-is-more character. Representing the intersection of hygge (the Nordic way to combat long dark winters with light and comfort) and wabi-sabi (a Japanese approach to life that finds beauty in imperfection), it has been one of the top emerging trends for interiors. And its audience is still growing.

Case in point: Pantechnicon. This London emporium (for lack of a better word) is less than one year old. It is dedicated to selling hard goods, soft goods, food and drink, all of Japandi-styling. The five-story building boasts two stores brimming with Japandi housewares, apparel, and gifts. As of this summer, a fourth Japandi-style eatery opened under the Pantechnicon roof.

Elda in Biddeford, ME

Holiday lodgings in this style are popping up around the globe. One is the Japandi-centric Hotel K5 (20 room max capacity) in Tokyo. If your traveling Japandi fan club needs more room, Airbnb lists a handful of Japandi-ready vacation rentals in Bali, Malaysia, Sweden, and Palo Alto, CA. 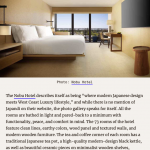 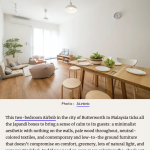 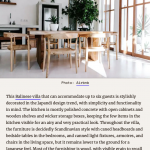 On the décor side, Women’s Tennis Association legend Maria Sharapova and Rove Concepts teamed up to create a capsule collection of limited-edition pieces with a Japandi point of view: a sofa, bench, coffee and side tables, floor lamp and rug. It debuted in March of this year. Japandi has a following at the volume-selling level, too. Walmart and Target have begun offering wall art, window coverings, bedding, serveware and accent pieces that include the term Japandi in the description.

With these and other examples of this minimalist style gathering momentum, its future trend status in hospitality and décor seems ensured. But is Japandi diverse enough to infiltrate food? It might surprise you to learn that it already has.

A February post on the blog Design Stories, Japandi on a Plate — Try Out Tasty Fusion Food,  suggests fusions like potato salad with soy sauce and sesame seeds, or substituting colored horseradish for wasabi in recipes. 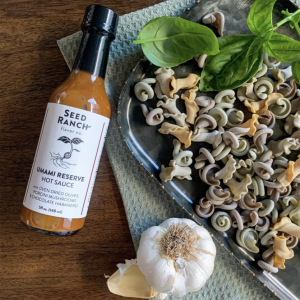 Check out the gallery of Japandi images below. And tell us where you are seeing this style and taste trend in your travels, while shopping or on menus.