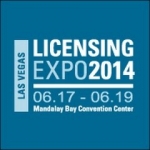 The Licensing International Expo is the world’s largest and most-influential entertainment, brand and art-licensing industry event. This year’s show, which took place in Las Vegas, June 17-19, 2014, attracted 15, 702 licensing professional attendees (up 5% from last year) and 482 exhibiting companies. Some of the trends noted at the 2014 edition of Licensing International Expo included integration of “do-it-yourself” elements, the diversification of celebrity licensing, renewed life for 1990s properties, and a number of continuing trends, including collaborations and co-branding. Licensing and brand experts, Project Partners Network, have detailed 8 of the top trends below:

1.Spotlight on DIY The do-it-yourself trend took many forms at the show. Cartoon Network recently entered the crafting category with books from PotterCraft, a venture inspired by fans posting their own DIY projects featuring Cartoon Network characters on social media. The new Little House on the Prairie lifestyle brand, inspired by the Laura Ingalls Wilder books and TV shows, will include a website featuring gardening, cooking, and crafting content. UglyDoll paired with MakerBot to allow fans to 3D-print their own UglyDoll collectible figures. 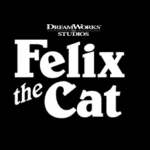 2. Vintage = Late 1990s A number of “classic” entertainment properties that first debuted on television in the mid- to late 1990s—Powerpuff Girls (introduced in 1998), Teletubbies (1997), and the book-based Goosebumps (1995)—are all coming back through licensing and new entertainment vehicles. These follow the successful rejuvenation of other newer classics after a fallow period, notably the Teenage Mutant Ninja Turtles (which debuted as a TV series in 1987). Among the older properties hoping for new life were Felix the Cat, which new owner DreamWorks Animation is planning to re-launch as a high-end fashion/lifestyle brand.

3. Diversification of the Celebrity Sphere Thanks in large part to reality TV, celebrity licensing remains strong, with everyone from musicians and athletes to bloggers and interior designers licensing their names for apparel, home décor, and other items. The celebrity arena continues to diversify as well. Those debuting new licensing programs at the show included a group of St. Martin’s Press women’s authors (including Jane Green, Mary Kay Andrews, and Lisa Scottoline), through agent Alita’s Brand Bar; celebrity hairdresser José Eber, through Kathy Ireland Worldwide; and party consultant Mindy Weiss, through Beanstalk. 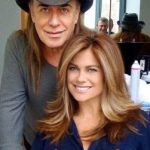 4. From the Street to the Sea to the Gallery Amid the usual cute characters, surface designs, vintage themes, and book illustrations in the artist pavilion area were notable numbers of urban/street/tattoo images from the likes of Alchemy Licensing; Daniel Siboni, with his Urban Art by DS brand; and HomieShop LLC. Surf brands, from Maui & Sons to Longboard to The Surfer carried over throughout the fashion/lifestyle, art, and corporate sections of the show. There also were a greater-than-usual number of fine artists and estates hoping to increase their presence in consumer products, such as those exhibited by agency Totemic (including Neecy Twinem, Tony Curtis, and Christian Develter) and ArteStar (Jean-Michel Basquiat, Ryan McGinness, and more).

5. Cats! Consumers’ strong love of cats and cat videos was reflected at the show. Feline characters being featured included the famous social media meme Grumpy Cat; the children’s book character Pete the Cat; and classics from the comics pages and TV, including Felix and Garfield. Artists on the show floor highlighted lots of colorful cat imagery as well, with examples ranging from Catsline of France to illustrator Laura Seeley and fine artist Laurel Burch. 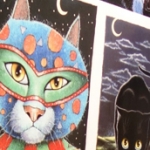 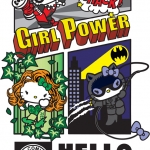 7. From the Digital World While most of the mobile apps and virtual worlds seen at the show in recent years haven’t gained wide traction outside of a few localized success stories (Angry Birds excepted), an increasingly diverse group of properties from the digital realm continues to maintain a significant presence at the Expo. Examples extend from a social expressions program tied to leaked-document publisher WikiLeaks and its founder Julian Assange to a digital persona tied to a singing voice synthesizer from Japan called Hatsune Miku (a top license in that country). These joined a plethora of properties emanating from the worlds of video games, YouTube videos, blogging, and the like.

8. Landing on U.S. Shores There was a greater prominence than ever of non-U.S. properties, which have represented a large and growing portion of booths in recent years. They are increasingly trying to follow in the footsteps of Hello Kitty, Bob the Builder, and Pokémon and make an impact in the North American market. In addition to the usual examples from licensing powerhouses such as Japan and the U.K., there were exhibitors from mainland China (Dream Castle with its property Ali the Fox), Brazil (Bromelia and its agent Redibra with Gallinha Pintadinha), South Korea (Tuba Entertainment with Larva) and Russia (Animacord with Masha and the Bear). All of these are top character licenses in their home countries. 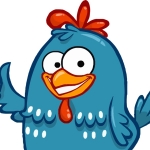 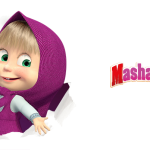 Masha And The Bear 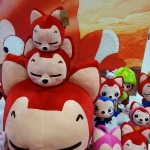