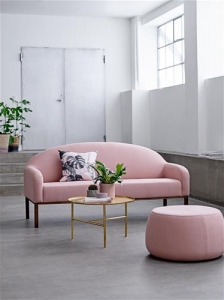 In spite of the tragic events of last November in Paris and a still-drooping European economy, 700 names made their debut appearances at the Maison & Objet 1/16 show! Along with 2,278 other vendors, they featured new color stories, silhouettes, materials and motifs. It was a wonderful coincidence then that the color of greatest importance at Maison & Objet 1/16 was pink. From warm blush tones to the quick emergence of rose for everything from bedding to ceramics, this hue was the absolute star of the show!

In other color news: deep red came out in force, purple was gearing up for another trend cycle, blue was as popular as ever (but the newest versions got intense), yellow went from jarring to usable, and brown got a lot more play.

When it came to materials, wood looked more interesting than it has in years! One reason for this was a revived Bauhaus sensibility featuring wood that made pieces appear modern, soft, and sound, all at once. Other factors: printing and embossing that went beyond words to images. In metals and metallics, gold was unstoppable. Metal mesh really took off. 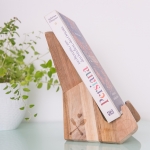 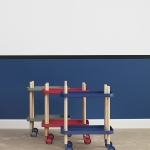 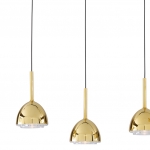 All of this news and much, much more came together in Paris to prove that it’s hard to keep a good show down. Come what may on the world stage, Maison and Objet is just too vital a show to miss, and, with the detailed coverage and over 130 images in our trend report, Trend Album™ Maison & Objet January 2016, you don’t have to!

Download The Trend Curve‘s trend report about Maison & Objet to your desktop or device today!