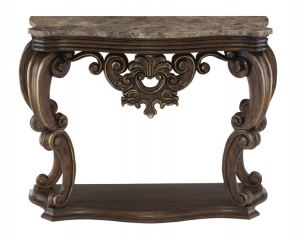 As with many lasting styles, Rococo arose as a reaction against décor and architecture that were heavily embellished. Called Baroque, this movement began around 1600 in Rome. In the throes of the struggle against Protestant Reformation, the Catholic Church encouraged the Baroque movement because of its ability to communicate religious themes in ways that evoked emotional involvement. It was a very effective means of impressing visitors to churches and palaces with a sense of single-handled triumph, power, and control. It was, in short, dramatic, Biblical and intentionally formidable.

A full 120 years later, artisans in France had their fill of it and began countering this controlling heaviness with styling that has been dubbed by historians as “wittier, more elegant, and more teasing” than anything produced by any culture. In short, the French found a way to “soufflé” Baroque by combining it with such leavening elements as pastels, asymmetrical designs, smaller scale, thin-lined curves and free-spirited brushwork.

Breathing fresh air into Baroque in today’s era of pared-down decoration is what our 2016 Rococo Revival trend is all about in The Trend Curve Colors™ 2016.  Unconventional applications, such as asymmetrical placement, keep this style from becoming too predictable. Carved wood gets far less elaborate than in the past. Gold metallic accents lighten and brighten, rather than overpower. Fabrics are thinner and more fluid. Embellishments like lace, ruching and fringe enrapture and tantalize, without going over the top. This new approach interprets detail and decoration in a pared-down way that breaths new life into this traditional theme. Here are some of our favorite pieces in this style from Bernhardt, Christian Fischbacher and Mikasa. 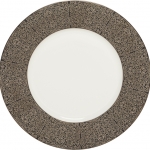 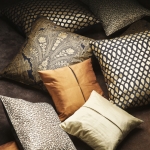 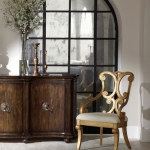