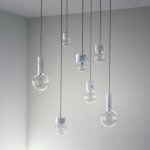 In a world filled with instability and bouts of raging weather, it’s not surprising that consumers are being drawn to the anchoring allure of stone for their décor. In 2015 and 2016, the most-preferred stone will be marble.

The word marble comes from the ancient Greek for “shining stone” and it has long symbolized permanence and even eternity in both sculptures and gravestones. While somewhat soft and easy to chisel when it’s first quarried, marble becomes extremely hard and heavy as it ages. It is also quite weather resistant, making it as perfect for outdoor use as it is for inside.

Most marble has a familiar visual texture, including characteristic swirls and veins that make it feel patterned. But at the high end, where the purest and most expensive marble is found, this stone looks almost plain. Credit an absence of impurities—silt, sand or iron oxides—for this nearly perfect look that is prized (and priced) for its scarcity. We find it telling that the most upscale companies are already working to differentiate their marble from others, as more and more producers latch onto this stone’s growing appeal. 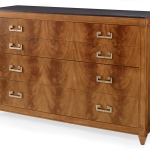 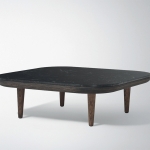 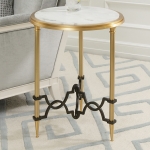 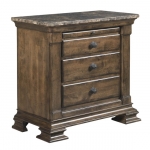 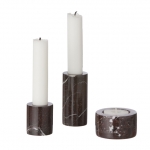 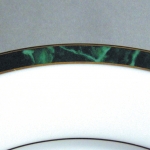 Michelle Lamb, The Trend Curve’s Editorial Director, chose marble as one of her Ten Top Trends for 2016. Michelle already sees black and white marble surging for a range of products, including furniture, in every style category. By the time 2016 arrives, however, Michelle predicts that brown marble will join these neutrals as bestsellers. Also in the mix: red and green. Though secondary, these hues will become the secret sauce that makes marble all the more compelling over the next two years. As 2015 gives way to 2016, watch for it to spread to tabletops, clocks and even food-service items. Marble patterns will also have a foothold in products ranging from textiles to tableware.

We like marble within the growing range of mixed-media possibilities for the next two years. And marble gets another thumbs up from us because it ties in so nicely with another top trend on our radar for 2016: Modern Antiquities (you can find all the details in The Trend Curve Colors™ 2016 color-and-trend forecast). This is a fitting dovetail, as the fundamentals of this trend, like marble, have spanned centuries and bridged many cultures.