You are here: Home / Design Thinking / SmartThings & LIFX: The Smart Home is Real 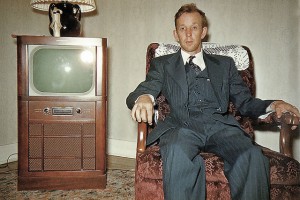 After all of the past predictions about the “smart home” and “your house of the future,” the home as we know it is finally poised to undergo the most rapid shift ever seen and you need to be ready for it. Our homes will become as smart as our mobile phones have become in the last five years and at least some portions of The Jetsons will become a reality!

“By 2015, more people will access the Internet from mobile devices than from conventional PCs. A year later, in 2016, 19 billion devices and gizmos will be connected to the mobile Internet — not just your smartphone and tablet, but your washing machine, cars and clothes will be connected too,” writes David Goldman at the start of his June article for CNN Money.  While the focus of this article is about Cisco wrestling with the explosion of mobile devices, and soon billions of new devices connected to the internet, it only hints at the groundswell of research, investment, startups and established companies staking their claim in this new, emerging category.

What is that category? The Internet of Things or “IoT”. Why should you care? Because early adopters care about it now, consumers will in 2013 and it’s going to change consumers expectations about what is delivered by the home furnishings industry. 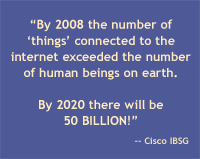 There are many definitions of IoT in this new space of smart sensors, hub devices and software to control and analyze their output. The best non-technical way to think of IoT is as internet-connected physical and virtual ‘things’ which have identities, physical attributes, and virtual personalities which use intelligent interfaces for we dumber, slower humans to set them up and make do our bidding. Fortunately we have this other ‘thing’ called the internet connecting them all and, with most of us enjoying broadband connections and Wifi in our homes, the timing is perfect for smart, strong consumer plays to hit the market.

The timing for this shift to smarter homes is accelerating for three primary reasons:

You may be wondering, “What are those smart plays and are there any examples?” There are two to show you now: SmartThings and LIFX.

1) SmartThings “…makes it easy to connect the things in your physical world to the Internet. You can monitor, control, automate, and have fun with them from anywhere – at home, office, or on the go” and their Kickstarter page hints at the array of “sensor” and “actuator” devices they’ll ship this year which we can use to make our ‘dumb’ home objects ‘smart’. Though their original 30 day goal was to raise $250,000 to launch SmartThings, they met that goal in four days and (as of this writing) they’ve raised over $880,000 and have a new goal of $1,000,000 they hope to achieve in the next five days. 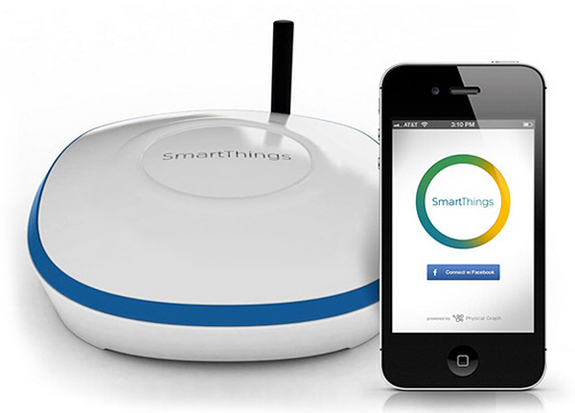 This startup is also delivering developer kits for creation of hardware and software (little apps that will ‘plug in’ to SmartThings itself), which demonstrates that their vision for SmartThings is MUCH MORE than simply a set of devices and a single app. The big goal is to deliver a platform for SmartThings—one which other entrepreneurs, established companies and people called ‘makers’ will use when they create sensors, control devices and who-knows-what-else to leverage the SmartThings’ hub, once it is in a home.

2) LIFX is a WiFi enabled, multi-color, energy efficient LED light bulb that you control with your iPhone or Android. Besides color changes like you see in the image above, the individual bulbs can be controlled with your smartphone to: 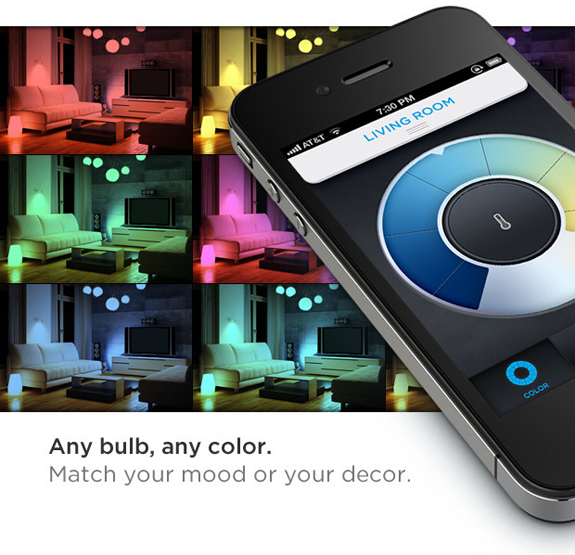 Though many mainstream lighting companies like GE, Philips and others are researching (and in some cases shipping) various aspects of these technologies, none of them are looking at the smart-home space with zero-legacy issues. As we have experienced time and again with startups on the fringe revolutionizing how we use technology and how it shifts entire industries (e.g., Apple with the iPod, iPhone and iPad; Google with search, email, and office applications), it is our belief that we’re on the cusp of another major shift with the Internet of Things in the home.

Keep an eye on both of these projects, and watch for other emerging ventures that shift control of the home — and objects within them — to consumers. Rather than buying ‘dumb things’ that just sit there or require human management of lamps and accessories one-by-one, consumers will soon become aware of ways they can use their smartphones and tablets to make stuff work in their home in new and innovative ways.

The moment there is a critical mass of awareness that consumers can make everything from ovens and showers to lamps and recliners do their bidding, and thereby enhance their living experience, they will buy from vendors that meet their expectations for control, experience and delight. If you are not creating strategy right now about how you will meet and exceed the control consumers are soon to achieve over the things in their homes, the harder it will be for you as you deliver your goods and services going forward.

Just so you can see that the mainstream media is already starting to understand what’s going on — and is just the beginning of the awareness consumers will soon enjoy — CNN Money just wrote this story on SmartThings. Get ready for the smart home revolution!