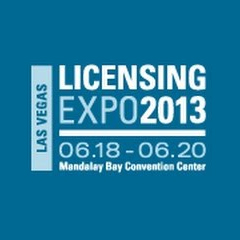 Nobody knows the licensing business like Project Partners Network. This company specializes in licensing insights, analysis, competitive intelligence and strategies for client companies, which include Fortune 100 names like Honeywell, Signature Brands, Kraft Foods and more, as well as small and start-up businesses.

Below are PPN’s trend highlights from the 2013 Licensing International Expo, held in Las Vegas in June 18 – 20.

1. À La Mode: From Hagar the Horrible and My Little Pony to Coca-Cola and Mountain Dew, character and corporate properties are experiencing an infusion of fashion—particularly with a vintage slant—as exhibitors highlighted apparel programs pairing their brands with trendy fashion design. Some programs were created in-house or through a design company, while others were offered in collaboration with a well-known designer (such as Coca Cola with emerging Japanese label Human Made by Nigo).

2. Famous Faces: Celebrity lifestyle brands confirmed that they are not only alive, but also doing quite well. Musicians, actors, fitness gurus, and more launched licensing initiatives encompassing apparel and home décor. Flo Rida, Kathy Ireland, Gwyneth Paltrow, Will.i.am, and Tracy Anderson all made announcements and/or appearances at the show in support of these initiatives. Meanwhile, the booths of the leading music merchandisers continued to proliferate and grow as they launch lifestyle programs tied to their clients.

4. The Power of Two: Licensors continued partnering with each other or with licensees for co-branded lines that help attract two audiences, while injecting freshness into a brand. Announcements during the show ranged from a pairing of Hello Kitty and Ugly Doll—both properties are active co-branders—to an alliance between Tootsie Roll and the character/art property The Public Zoo, for a program called The Public Zoo in Tootsie Land.

5. Brands for Babies: A raft of infant-targeted brands at the show sought licensees in apparel, layette, and décor. These brands originate in media, apparel, toys, or other juvenile products. They are not only often associated with cute, baby-friendly characters, but they also give parents the confidence to make the purchase. Examples: Safety 1st, Sassy, Little Giraffe, and Sophie la Girafe.

6. Going to Rio: With one of the biggest booths on the show floor being the Brazilian Pavilion, a first-time exhibitor highlighting 25 characters, designs, and brands from Brazilian licensors, the impact of Brazilian culture on global consumer products is likely to grow. The country’s worldwide profile will intensify as it hosts both the Olympics and the World Cup in the coming years. International properties in general had a growing presence at the expo, with Japan, Taiwan, Hong Kong, Thailand, and even Russia hosting ever-larger booths and pavilions.

7. Return to Oz: The Wizard of Oz is top of mind. Agency Evolution showed Legends of Oz: Dorothy’s Return, a 2014 animated feature film based on Dorothy of Oz by L. Frank Baum’s great grandson, Roger Stanton Baum, who was present at the show. And Warner Bros. was promoting the 75th anniversary of the classic movie this fall. These follow Disney’s Oz the Great and Powerful, a movie that, while poorly reviewed, inspired several limited-edition licensed products earlier this year, including fashion and décor.

8. Hello Kitties: Cats never go out of style, but they seem to be peaking as a theme and design element this year. From The Cat, a design program based on the new Monopoly playing piece, shown at Hasbro, to the licensing launches of at least three cat-centric children’s book series (Bad Kitty, Pete the Cat, This One ‘n’ That One), feline themes permeated the show floor.

9. Latino Consumers: More properties made a point of targeting Hispanic shoppers and their families. Many were character-based, but Univision—by far the largest licensor in this sector at the show—exhibited its Delicioso lifestyle brand, tied to the chef Ingrid Hoffman. Gibson is the licensee for dishes and tabletop.

10. Zombies Aren’t Dead: The zombie trend was not waning at the Licensing Expo. A plethora of artists, character licensors, and digital marketers showed enough ne themes to confirm longevity on zombies for the foreseeable future. They range from a design-driven Betty Boop brand extension (Betty Boop Zombie Love) to mobile games (Plants vs. Zombies), to Zombis, a character/art property from Maya Studio of Spain and Paramount’s new film World War Z. 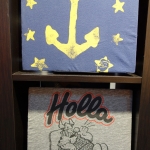 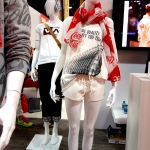 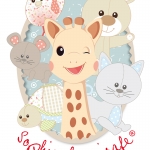 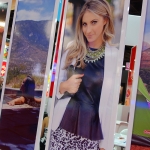 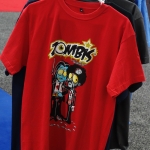 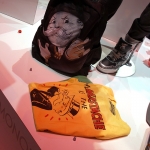