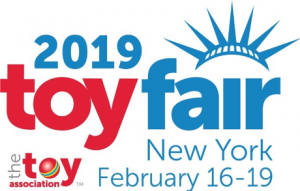 Trends spotted at the 2019 edition of New York Toy Fair included plenty of YouTube and video-game tie-ins. Also making a statement were collectibles at all price points (with music and sports themes on the rise), sparkly and squishy products galore, traditional touches such as DIY woodcrafts and cursive writing aids, and a relative lack of entertainment-based licensed toys.

Project Partners Network, licensing specialists and contributors to The Trend Curve, have detailed the top 12 trends from Toy Fair 2019 below.

Licenses with roots in YouTube have emerged as an increasingly fertile source of tie-in toys over the past few years, and their presence was stronger than ever in 2019. Ryan’s World, the brand tied to Ryan ToysReview, and Pinkfong’s Baby Shark were among the highest-profile licenses on the show floor, both highlighted by multiple toy companies. They were joined by many other YouTube-origin celebrities and brands.

From Epic Games’ Fortnite to Bethesda’s Fallout and Blizzard’s Overwatch, video game properties were present across the booths of high-end figurine makers, impulse collectibles marketers and traditional toy companies. Many of these brands from the world of interactive gaming rank among their licensees’ top properties. 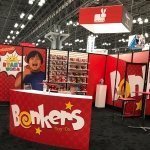 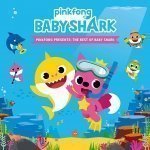 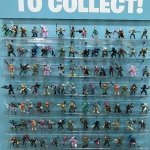 There seems to be an unlimited appetite for collectibles within the toy industry, from impulse products to vinyls for all ages to adult-skewing higher-end figures. This segment remains a hotbed of entertainment and especially video-game licensing, but music and sports are an increasing focus for Funko and its competitors as well.

The popularity of squishy, pastel-colored collectible toys (both plastic and plush), many inspired by Japanese kawaii designs, goes on seemingly with no end in sight. Exhibitors from CutieLine to Milucky Squishy to Aliquantum International are in on the trend. Foods and cute animals, scented and otherwise, remain among the top themes, with the two often combined into one line.

Llamas in all sizes, shapes, and colors were front-and-center in plush (e.g. the Bearington Collection and Moose’s Scruff-a-Luvs), card games (TeeTurtle’s Llamas Unleashed), impulse toys (Toysmith’s Llama Squeeze Yo Squishy) and other products. Also trending: narwhals, pineapples, pandas, otters, and hedgehogs. And unicorns remained as strong as ever, not to mention unicornized versions of the other popular animals, with llamacorns taking the lead.

In another strengthening trend, toys, games, and books continued to focus on accomplished real-life women—or fictional characters with important real-life jobs, rather than superpowers—as role models. One example: National Geographic’s line of Barbie dolls with Mattel, announced just before the show; the characters will have jobs such as entomologist, astrophysicist and polar marine biologist. This deal is in keeping with Barbie’s recent “You Can Be” theme. Meanwhile, a number of publishers, including Quarto Group, were highlighting aspirational females in biographies for young kids.

Sequins and other glittery materials were hotter than ever. They enhanced plush toys, mini-collectibles, craft kits, coin purses and dolls. From Ty Flippables to Spin Master’s Hatchimals Pixies, examples abounded. Some executives suggested that sequins and sparkles might be on the downtrend, but evidence was sorely lacking, based on the exhibits on the show floor.

DIY and maker trends were top-of-mind across the show floor, as has been the case for the last few years. One niche of note consisted of miniature wooden puzzle-sculptures, marketed by Insight Editions (with its IncrediBuilds line), among many more. Made from untreated plywood, the sets come with pieces to put together into a sophisticated vehicle or character, with customization sometimes encouraged.

Parents are asking for products that will help their kids learn and practice cursive writing, something that is not emphasized in many schools these days. Toy companies are responding with items such as plastic templates from School-Rite and practice workbooks from School Zone. A number of exhibitors also touted toyetic journals to encourage kids to write by hand.

Ty Fippables, with lots of shimmer

Toy companies have been increasingly focusing on their proprietary (as opposed to their partners’) brands, creating entertainment vehicles, licensing their IP to outside toy and children’s product companies, and devoting resources to their in-house-produced playthings. Thus companies such as Alpha Group gave their own entertainment brands (Super Wings, Regal Academy, and Drone Force) at least equal billing with their high-profile licenses (WWE, SpongeBob).

A corollary to the above: Licensed toys tied to traditional films and TV shows had a relatively low profile this year, although properties such as Rick and Morty (at What do you Meme? and other companies), Stranger Things (McFarlane Toys), especially Harry Potter (Re-Marks, USAOpoly and more) managed to shine through.