There were no dominant licenses on the Toy Fair show floor this year. Brands such as Smithsonian, Duck Commander, and Minecraft were scattered about. Strong properties, like Sofia the First and Star Wars, were spotted at a number of booths. The big toy companies tied in with tentpole films (e.g., Hasbro with the five 2014 Marvel films) and highly rated TV shows (Teenage Mutant Ninja Turtles at Playmates).

Nevertheless, there were a number of trends at Toy Fair that will make a difference to product for the next 24 months. Read on to learn about nine looks that Project Partners Network identified as “must-know” from Toy Fair.

The ubiquity of pink and purple on girls’ toys decreased a bit this year at Toy Fair, as greens, teals and especially yellows were interspersed with traditional girls’ hues. The movement away from pink was driven in part by a girl-empowerment trend, illustrated by the likes of engineering and sports brands such as Goldieblox and Go! Go! Sports. Other companies stressed inspirational themes for girls as well, including Rovio with its Angry Birds Stella brand extension. The zombie and vampire trends (still strong at Toy Fair) also brought color variations (especially the addition of black and green) to girls’ fashion dolls, plush and playsets. 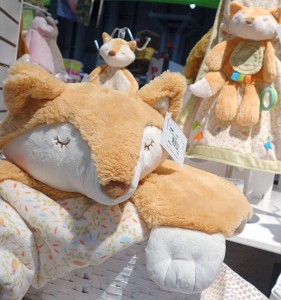 The popularity of viral videos had a coattails effect on imagery featured at Toy Fair, especially when it came to animals. Several companies—from Hasbro to LEGO and Douglas—added or prominently featured pandas and sloths, while foxes were more noticeable than usual on home décor, plush and other categories, perhaps due to the viral hit “What Did The Fox Say?.” Cat videos also propelled some toy activity of the licensed variety, with Li’l Bub, Venus (“the two-faced cat”) and Grumpy Cat all being shown in plush form. Grumpy Cat had further support in a range of items from t-shirts to car-window stickers. The most prominent animal theme, however—owls—had little connection to the viral video craze.

The plush category illustrated a number of design trends, including psychedelic, tie-dye-like polka dot patterns and sculptural feels (e.g. bas-relief in the fur, or cable-knitted surfaces). Big-eyed, bigheaded animals were spotted across the show floor, as were patterned (and sometimes textured) plush balls and long-legged, sock monkey-like animals of various species and colors. A number of companies showed blankets that rolled up to form plush animal shapes, while others featured extra soft, squishy plush. Plush makers like Douglas, K-9 Couture and Pucci Pups featured Paris-Hiltonesque purses for carrying plush pets.

4. Looms and Other Crafts

The crafting category continues to grow. In fact, building, crafting and customization were themes all across Toy Fair, from jewelry and accessories to racing cars and track sets. Weaving was particularly conspicuous this year, thanks to the Rainbow Loom rubber-band bracelet craze. Other craft kit makers and toy companies (including Klutz, Faber Castell, Bead Bazaar, Craftastic, PlaySmart and Harrisville Designs) all promoted weaving crafts of various sorts, displaying them front-and-center. Other emerging or growth crafts this year: 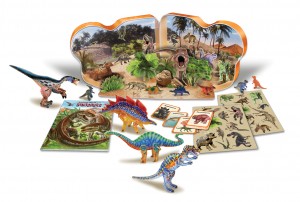 An emerging trend at Toy Fair consisted of packaging that moonlights as part of the toy, eliminating waste. The packaging for Hasbro’s Rovio-licensed Angry Birds Rock Collection becomes a play set, while the box on Silver Dolphin’s Animal Adventures: Dinosaurs book-plus-toy kit doubles as a diorama. In general, environmentally friendly attributes remained strong, with examples including products (especially for preschoolers) made from recycled paper, organic fabrics, and sustainable wood; eco-themes in craft and science kits; and less waste in packaging.

Science kits and toys have had a significant presence at Toy Fair for some time, but the category grew even more this year. This was due, in great part, to the increasing emphasis on Science, Technology, Engineering, and Math (STEM) in U.S. schools. Several science specialists’ booths were larger, while toy makers of all types displayed their science toys in the foreground and a few used the STEM buzzword as a marketing hook. Meanwhile, the “augmented reality” trend—now three years old—extended into new categories, such as books. And apps were used in new ways, like replacing radio-control (RC) technology for airplanes and other vehicles. Robots were another big theme, not only in the science and building-toy categories, but also as design elements on puzzles, board games, and plush.

7. Baking and Other Design Themes 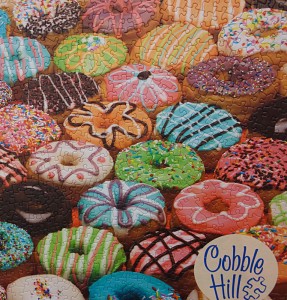 Baking imagery extended beyond traditional cooking kits, toy appliances and kitchen play sets to activity kits, board games, and puzzles featuring lots of cupcake and donut themes. In addition, snack foods—from sandwiches to bologna and from bacon to sushi—also appeared on a variety of items, especially in the board and card game category.

Americana continued to grow as a theme in the toy industry, mirroring a cultural trend in the US. Don’t think red, white and blue or flag designs here. It’s about camouflage-patterned, ride-on jeeps and Duck Commander marshmallow guns (licensed from the Duck Dynasty clan’s company) instead. 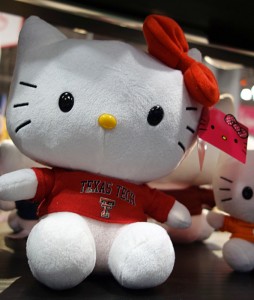 The collaboration trend continues to intensify in the toy industry, with Toy Fair exhibitors of all types showing co-branded or cross-licensed toys:

Project Partners Network’s insights into the world of licensing in the US and abroad are the result of decades of combined experience in the industry. This group’s depth of understanding about the ins-and-outs of the business side of licensing has made them a go-to agency for marketing-consulting services. Luckily, they are also friends of The Trend Curve. Their recap of the top eight trends from this year’s Toy Fair is a must-read for anyone who touches the world of licensing.